A CdA pastor is shot, Zags face BYU and other stories you need to know 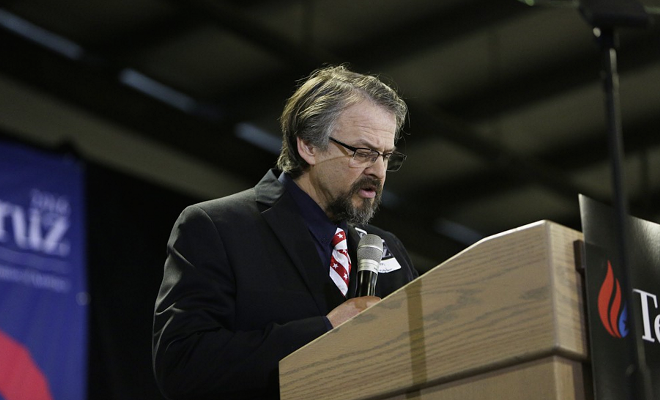 Young Kwak
Pastor Remington at a rally in Coeur d'Alene for Ted Cruz on Saturday.
• The Coeur d'Alene pastor shot Sunday afternoon is expected to recover
Pastor Tim Remington, who gave the invocation at the start of a Ted Cruz rally the day before, was shot as many as six times, according to reports. The suspected shooter, identified as Kyle Andrew Odom, remained at large this morning, and a motive was unclear.

• Gonzaga plays BYU in WCC semifinals tonight
The teams split games in the regular season and both see a WCC tournament championship as the only sure path to March Madness.

• Nancy Reagan dies at age 94
Wife to Ronald, Nancy became a political figure in her own right, teaching Americans to "just say no."

• Sanders and Clinton face off in testy debate Sunday night
The two Democratic presidential hopefuls clashed in Flint, Michigan, but avoided the penis contest of the Republicans. Marco Rubio, meanwhile, was in Boise yesterday.