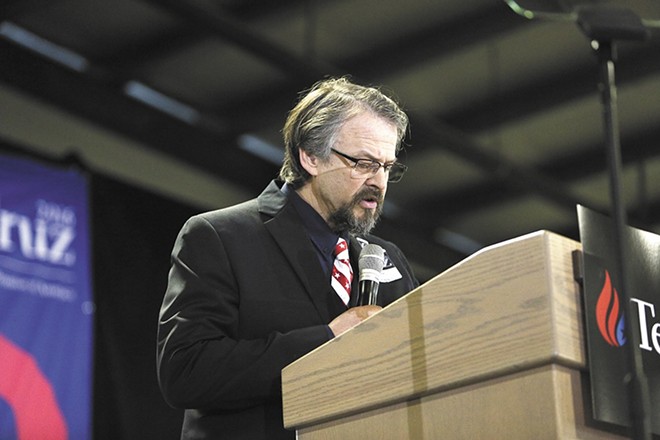 Young Kwak
A fundraiser to help with Pastor Tim Remington's medical and rehab costs will be held May 1.
Tim Remington, the Coeur d'Alene pastor who was shot six times in the parking lot of the Altar Church after a recent Sunday service, is reportedly due to make a full recovery. But that doesn't mean the recovery won't be slow, painful and, especially, expensive.

As we reported in the current issue, Remington was wounded in the skull, lung, shoulder and hip. Kyle Andrew Odom was later arrested for the shooting.

Now there is an effort underway to help Remington and his family deal with the costs of recovery. The pastor has worked for years with the Good Samaritan Rehabilitation program, helping substance abusers try to find a life of sobriety. The organization typically holds an annual auction as its major fundraiser, and this year the Friends of Good Sam are hosting an extra event to raise money for Remington's medical and rehab costs.

The auction and fundraiser will be on Sunday, May 1, at the Coeur d'Alene Resort. Tickets are $30 for individuals or $240 for a table of eight.