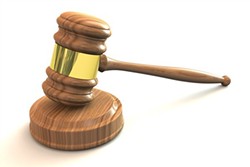 A federal judge has ordered the Idaho Department of Health and Welfare to restore $30 million of Medicaid funding for programs for adults with disabilities and develop new protections for these individuals. The ruling is in response to a lawsuit by the state’s affiliate of the American Civil Liberties Union, which successfully argued in court that the department cut assistance for this population without giving adequate notice nor following proper procedures.

The injunction, issued by Chief Federal Judge B. Lynn Winmill on March 30, is the latest in a four-year, class-action lawsuit representing 4,000 Idahoans on Medicaid, the federal government’s health insurance program for low-income people that is administered by states. According to the court order, Medicaid pays for developmentally disabled individuals “eligible for long-term institutional care but choose to live instead in their own homes or in community settings.”

The lawsuit argued that the IDHW didn’t give enough notice to these individuals that their level of support was going to be reduced. It also argued that the department's budgeting process improperly reduced assistance for some recipients. The court found that the cuts “arbitrarily deprives participants of their property rights and hence violates due process.”

Police weren't going to investigate the Jones Radiator art theft, but now they are

Investigation at city hall, cops and court drama, $15 soon in California and other headlines