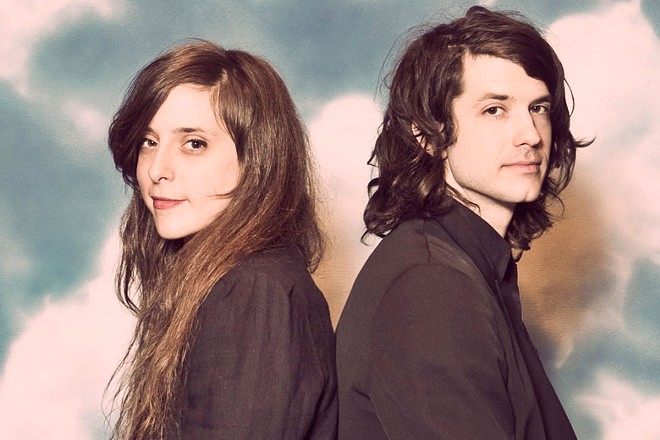 This Spokane summer is already jam-packed with music, thanks to previously announced shows like Built to Spill, Bone Thugs-n-Harmony, KISS, James Taylor and Blink-182, and of course crazy good festival lineups at Sasquatch!, Volume, Elkfest, and the Northern Quest Resort and Casino (Dolly Parton, baby).

But just in the last couple weeks a whole new slew of acts have been thrown our way. To the people working hard to bring great talent to Spokane, we applaud you. Here’s a look at what is coming though.

BEACH HOUSE
Aug 9 - Knitting Factory, $25
A mighty unexpected get for the Spokane market, indie-rock darling Beach House is a perfect addition to the Knitting Factory’s already tight lineup of acts. After releasing two albums last year, they’ll have plenty of material to throw out at local fans.

GHOSTLAND OBSERVATORY
Aug. 26 – Knitting Factory, $23
For any band who describes their genre as “a robot making love to a tree,” you know you’re about to be in for something weird. And with the Austin electronic-rock duo Ghostland Observatory, that beeping and minimalist sound can certainly take you for one wild, sonic ride.
PETER CETERA (formerly of Chicago)
June 9 - Coeur d'Alene Casino Resort Hotel, $55-$65
For the older folks out there, the Worley, Idaho-based casino brings in former Chicago front-man Peter Cetera, who's been a solo artist since 1986. Can he still sing? You'll have to go to find out.

ZAKK WYLDE
Aug. 27 - Knitting Factory, on sale Friday
With Zakk Wylde, expect old-fashioned alternative rock with a bit of an Americana slant. The artist, who was a guitarist for Ozzy Osbourne for nearly 20 years and founder of metal act Black Label Society, is back out on tour touting his recent acoustic record. Also, he's got an amazing beard.