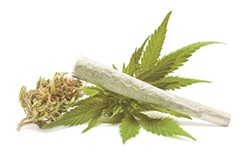 The number of fatal car crashes involving drivers who recently used marijuana doubled since the state legalized the drug, but there’s still no scientific basis for laws prohibiting people from getting behind the wheel after toking up.

Those are the two, seemingly contradictory, main conclusions of recently released research from the AAA Foundation for Traffic Safety.

According to the research, “The percentage of drivers involved in fatal crashes who recently used marijuana more than doubled from eight to 17 percent between 2013 and 2014.”

The researchers also took a look at the lab results for drivers arrested for impaired driving and concluded that the legal limits on impaired driving are largely arbitrary. In Washington state, a person is guilty of driving under the influence of marijuana if they have a THC blood concentration of 5.00ng or higher within two hours of driving.

However, AAA researchers found that there is no scientific evidence that drivers are impaired at a specific level of marijuana in the blood, pointing out that the drug affects different people in different ways and that some individuals can have high levels of marijuana in their system and be fine to drive. Others, according to researchers, may have low levels in their system and be unsafe to drive.

This is unlike alcohol, according to research, that’s been shown to increase a car crashes.

Another problem pointed out by the research is that someone’s THC level can drop below the legal threshold while waiting for a blood test. Currently, researchers at Washington State University are working on a breathalyzer to quickly detect marijuana in someone’s system.

Here is a video KIRO did a few years ago that highlights this problem: