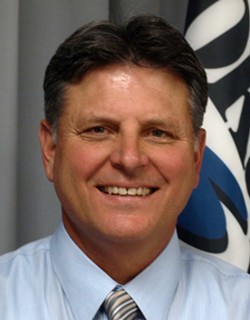 We may never know, exactly, why Mike Jackson was fired
When Dean Grafos resigned from Spokane Valley City Council last month, he expressed frustration that he couldn't get an investigation into the firing of City Manager Mike Jackson on the council agenda.

After his seat and former Councilman Chuck Hafner's were vacated, the matter was placed on the agenda for the Tuesday, May 10, council meeting. But the motion died quickly with no discussion.

Councilman Bill Gothmann moved during the meeting for an independent investigation concerning the process that the four-person council majority took in deciding to fire Jackson. However, after reading the motion, no other members of the council — Mayor Rod Higgins, Deputy Mayor Arne Woodard, Councilmen Ed Pace and Sam Wood — seconded it, so it died.

"It was not a huge surprise," Gothmann says. "Because basically I'm asking them to investigate themselves and if they violated the law. And they chose not to."

The four-person majority on the council voted to force the resignation of Jackson in February, an action the council has the authority to do. The concern, according to former council members Grafos and Hafner, along with a group of citizens who held a protest outside of city hall, is that the council majority violated open-meetings laws in doing so. Pace had previously told the Inlander that the mayor and deputy mayor told Jackson the Friday before the meeting in which they forced his resignation something to the effect of "we really think you ought to resign."

Jackson was not sitting in the city manager chair when the Feb. 23 meeting started. The council majority gave little explanation as to the reasons for firing Jackson, other than that it was "in the best interest of the city."

But Pace, one of the four councilmen who chose not to second the motion made by Gothmann this week, says there is "nothing to investigate. Now the matter is closed." And he says the citizens calling for an investigation into Jackson's firing are a "loud minority of people who disagree with what we did." He notes that the council has received plenty of positive comments from people who supported the decision.

"As far as I'm concerned, we're done with that," Pace says. "We've got to move on to other things."

The council late last month approved a $411,115.66 settlement with Jackson. That amount is equal to one year and a half of full pay, plus benefits for one year. As part of the settlement, he is not allowed to make any negative, derogatory or disparaging comments about the city or its elected officials.