In role reversal, this time Spokane Valley Councilman Grafos is the one resigning 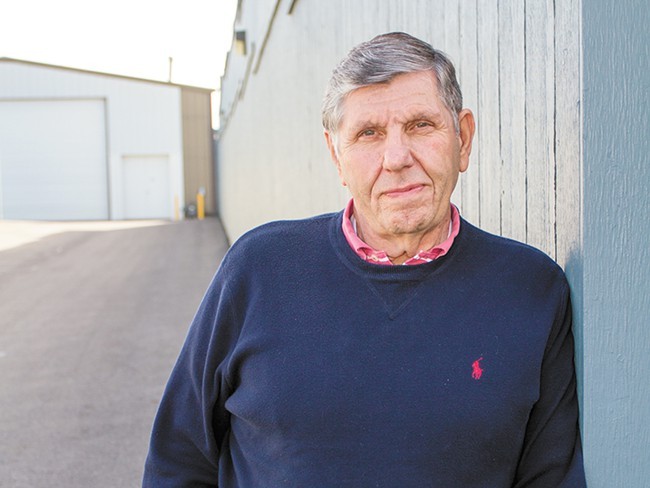 Jeff Ferguson
Dean Grafos says he was no longer making a difference on Spokane Valley City Council
Five years ago, Rose Dempsey resigned from the Spokane Valley City Council, expressing frustration with being outgunned and treated poorly. In particular, she was frustrated with City Councilman Dean Grafos's intractable opposition. “He didn’t even bother to learn how these things should be done," she said. "Just boom, let’s vote against it and vote it out now.” But this time, it's Grafos who became outgunned and frustrated on the council.  And this time, he's the one who resigned.

Grafos announced his resignation Wednesday after a months-long battle with a new council majority that he says is irrational.

"You can't reason with these people. It begins to look like it's all about me. And it's not. It's about the citizens of Spokane Valley," he says. "They are so driven by their ideology that it's like talking to a brick wall."

This is not the first time a new majority has taken over in the Valley and made major changes that included firing the city manager and resulted in a councilmember quitting. The same thing happened half a decade ago, with Grafos on the other side — as a member of the council majority's "Positive Change" group. And while new council majority firing a city manager is not unusual, some similarities in the fallout are particularly striking.

Grafos announced the decision a day after a council meeting during which the possibility of a public safety oversight committee was discussed. At one point during the meeting, Mayor Higgins used his gavel to interrupt an argument between Grafos and one of the other council members, and Grafos quipped that the mayor would get carpal tunnel syndrome from using it so much.

But things like that have happened frequently in recent meetings. Grafos says nothing in particular happened Tuesday that made him want to resign. He says it's been building since the council majority voted to force the resignation of city manager Mike Jackson in February, an action he says was illegal. He and others have called for an independent investigation into the decision of the council majority, which consists of Mayor Rod Higgins, Deputy Mayor Arne Woodard and councilmembers Ed Pace and Sam Wood. (We wrote about this "new paradigm" last month).

Grafos thinks they violated open-meetings laws in making a decision to fire Jackson. He and council members Chuck Hafner and Bill Gothmann were left in the dark about potentially firing Jackson until the council majority added the discussion to the agenda at the last minute.

Take, for example, this Inlander story from 2010. Grafos and three other candidates had just run for the council under the same "Positive Change" slogan and won. It formed a split on the council, with Gothmann and Rose Dempsey being the only councilmembers left from the old guard.

And one of the first moves made by the Positive Change group? Firing the city manager, Dave Mercier. From that article:


At the first meeting, Gothmann's frustrations grew. A last-minute addition appeared on the agenda: The requested resignation of Dave Mercier, the city manager.

"They did it in such a matter that not one of the citizens in Spokane Valley were told ahead of time this would occur, council member Bill Gothmann says.

The strife on the council led to the resignation of Dempsey, who realized she was no longer making a difference. She resigned in 2011, partly because of personal reasons but also partly because of Grafos. She told the Inlander back then that the moment she heard Grafos begin to read a statement against SARP for the second time that night, she realized her efforts were going nowhere. She resigned the next morning. From our 2011 story:


Dempsey found herself ostracized. Vote after vote resulted in a 2-5 count — Dempsey and Bill Gothmann against the entire council. Dempsey says the new council members no longer have discussions — they just say how they’re going to vote, and vote.

Or this quote from Dempsey about the Positive Change group:


"I was very wrong. I had thought these were reasonable people that were going to fix things," Dempsey says. "I didn't realize the rampage of destruction they were going to go on."

Her resignation meant Gothmann was often on the wrong end of 5-1 votes. Gothmann, who left council years ago but then was appointed to a temporary term that ends in June, says Grafos used to insult him in the days when Positive Change had the majority. But more recently, Gothmann came to "appreciate his intelligence," and they started working together. Gothmann, Grafos and Hafner were the minority before Grafos made the announcement yesterday.

Gothmann points out the differences with the firing of Mercier and Jackson. He says Positive Change members did not notify the public about firing Mercier in the right way. With Jackson, he says the public was properly notified, but the problem is that it may have taken an illegal meeting to get there.

Gothmann and Grafos rightly point out that the issues the city is dealing with now are much different than in 2011. The SARP plan died years ago. Grafos rejects any notion that the Positive Change group is in any way similar to this new majority on the council.

Grafos says he just realized he couldn't make a difference on the council. He says he'll stay involved in council meetings, but as a citizen.  "At each one of these meetings I get gaveled down and there's no right to speak," he says. "As a private citizen, I probably have more rights. If I get gaveled I will talk about my rights as a citizen and my right to speak publicly."