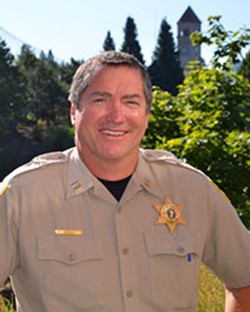 The city contracts with the county for police services. Sheriff Ozzie Knezovich earlier this month chose three candidates for the job, including Werner. Each candidate was interviewed by two teams. One of those teams included acting City Manager Mark Calhoun and community leaders, and the other was made up of city department heads. Calhoun, per Spokane Valley code, then chose Werner based on those interviews.

Before joining the sheriff's office in 1994, he served in the U.S. Air Force. He was promoted to captain and commander of the Patrol Division in 2010.

VanLeuven served over nine years as the Valley police chief. He will retire on June 30.