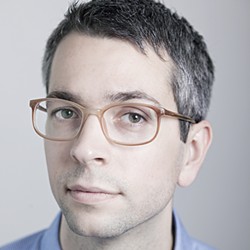 ARTS & CULTURE: If you're looking for a good read this summer, check out the 15th annual Spokane is Reading selection: The Tsar of Love and Techno, by Anthony Marra.

Orlando shooting
The Spokane City Council yesterday said they stand with the local Muslim community following the shooting at a gay nightclub in Orlando. (KXLY)

Meanwhile, more details are coming out about Omar Mateen, the man who carried the worst mass shooting in modern U.S. history. Mateen touted support for the Islamic State, but also other militant factions that are their enemies. In addition to the 49 people he killed in the attacks, a doctor is saying that six people wounded in the nightclub are "critically ill," and five are in "guarded" condition. (Associated Press)

French attack
A Frenchman who pledged allegiance to the Islamic State stabbed a police commander outside his home and killed his partner who also works for the police. He also posted a video on the scene onto Facebook before it was taken down. The couple's three-year-old son was unharmed after police commandos killed the attacker. (Reuters)

Trump's ban
Republican presidential nominee Donald Trump repeated his call for a ban on migrants from any part of the world "with a proven history of terrorism" against the U.S., without distinguishing between mainstream Muslims and Islamist terrorists. Hillary Clinton argued that "inflammatory, anti-Muslim rhetoric" makes the country less safe. (New York Times)

Net neutrality win
A federal appeals court voted 2-1 on new rules for internet providers that will force providers such as Verizon and Comcast to obey federal regulations that ban them from blocking or slowing internet traffic for consumers — a victory for regulators in the fight for net neutrality. (Washington Post)

Murderer escapes
One of the youngest murder defendants to be charged as an adult in Washington state history has escaped from custody, according to Yakima Police. Jake Lee Eakin, who is now 25, was convicted of murder in 2005 and sentenced to 14 years in prison for stabbing a 13-year-old to death in 2003, when Eakin was 12. (Associated Press)