Community Colleges of Spokane cuts budget, but chancellor is optimistic 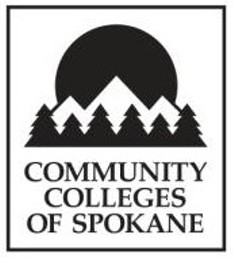 In response to an $8 million budget deficit, Community Colleges of Spokane has been forced to cut some faculty and staff positions and slice its reserve fund in half.

But CCS Chancellor Christine Johnson said Wednesday that the 2016-17 budget reductions, which were decided on during a Board of Trustees meeting Tuesday, are not as devastating as they could have been.

A variety of factors have played into the budget crisis at Community Colleges of Spokane. It has seen a 30 percent reduction in state funding since 2009; there have been costly glitches in the rollout of a new software system called ctcLink; and a new funding formula has changed how money is allocated to community and technical colleges that has had a greater impact on CCS. It also has to pay more than $1.7 million as part of a class action lawsuit settled by the state, Moore v. Health Care Authority, which has cost agencies across the entire state.

Instead of addressing the entire $8.3 million deficit in one year, the board decided to implement reductions over a period of four years. That means that this year, $2.3 million will be taken out of the budget of about $87 million, Johnson says.

Still, the most significant cuts will be felt by personnel, she adds.

"That's always difficult and the most devastating impact," she says, "not only for individuals, but for the organization."

She doesn't yet have the number of positions that will be sacrificed, but she notes that some of the cuts will be positions going unfilled after retirements. And it's not only faculty and staff, she says — the position of Vice President of Spokane Falls Community College has gone unfilled and will not be added any time soon.

As far as the larger problem of CCS potentially not having enough money to operate, Johnson is cautiously optimistic. It depends on how much the state will allocate to the community and technical college system, she says. In the meantime, CCS will try to increase enrollment and retention for students to make up for a potential lack in funding.

"We're hopeful and optimistic," she says. "We're working through the state system to make the case of why community colleges are important, but we're not certain at this point."

InHealth: Give blood, smartphone blindness and do you really need a massage?