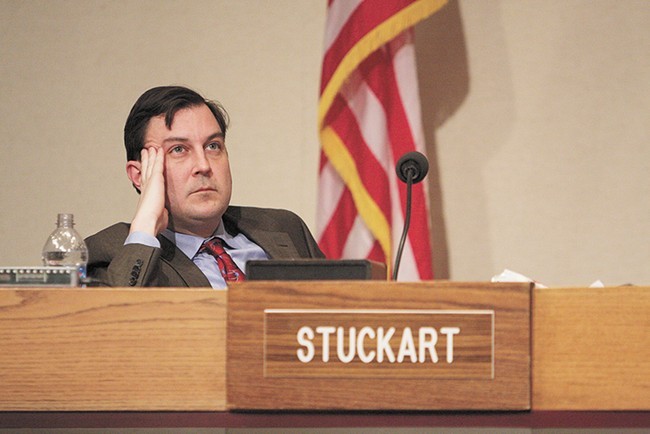 If Ben Stuckart becomes mayor, that means we'll be able to keep using this Irritated Ben Stuckart picture well into 2023!
ON INLANDER.COM

SPOILER WARNING for those who haven't read the books
And by books, I mean the PDC filings. City Council President Ben Stuckart is running for mayor three years from now. And by three years, I mean he's essentially starting now.

And the Number One Reason of The Top 10 Reasons To Think The Police Chief's Job Is Danger:
You wrote a draft of the press release announcing his resignation the day before. So why did City Spokesman Brian Coddington, according to the Spokesman-Review last year, tell the newspaper that he "hadn't heard" the chief was in danger of losing his job?

You Can Take My 4th Amendment Rights From My Cold, Dead Hands, but Only If you Have a Warrant First
Local experts react to a recent Supreme Court ruling on police searches.

HERE
If We Outlaw Paddleboats, Then Only Boats will Paddle Outlaws
KREM walks you through the paddleboat regulations in Idaho.  (KREM)

Bad News For Those Scenes When the Brooding Hero Walks Into A Mostly Empty Church To Pray For Guidance
The vandalism of Our Lady of Lourdes of Cathederal has left the church considering maybe it should lock its doors. (Spokesman-Review)

In A Way, We are All To Blame For Killing That Moose.
We, all guilty of contributing to a media saturated culture, may have panicked a moose so he ran into traffic. (Spokesman-Review)

37 Eyewitnesses Saw the New York Times Got Its Kitty Genovese Story Wildly Wrong But Did Nothing
A documentary reassesses the story of  murder, used to illustrate the paralyzing "bystander effect," where supposedly nobody intervened to try to stop it. In truth, there were genuine heroes. (Washington Post)

They'll Have To Ask Hillary About This About The Next Press Conference She Hasn't Had Since December 4 of Last Year
Turns out Hillary Clinton may have not actually provided all the work emails she said she provided. But if you can't trust a politician who, without permission, creates an entire private email server that ends up eluding public records laws, who can you trust? (Washington Post)

There are No Second Acts In American Blockbusters
Vox's Todd VanDerWerff puts his finger on the missing middle of many popcorn movies. Also, on why Independence Day: Resurgence pretty much sucked.  (Vox)

The Spokane music and arts scene gets its own wall — online

Spin the black circle, and get a deal on drinks in the process 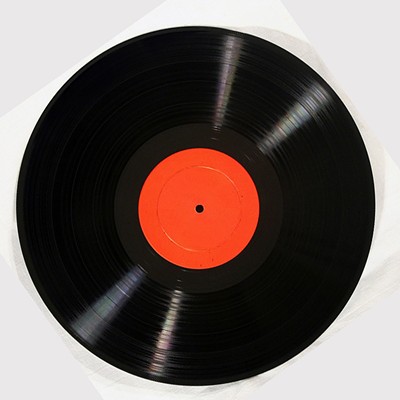