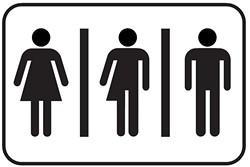 Washington state Attorney General Bob Ferguson is messing with Texas (and Idaho and some other states).


On Wednesday, Ferguson filed a brief on behalf of Washington, in addition to 11 other states and the District of Columbia, that supports a federal guideline intended to ensure the civil rights of transgender students. The brief also takes aim at states challenging the protections in federal court.


The sweeping set of guidelines, introduced last spring, directs schools to treat transgender students in a way that’s consistent with their gender identity. The guidelines cover everything from using a student’s preferred pronoun to addressing harassment. They also cover more contentious areas, calling on schools to allow transgender students to use the bathrooms and locker rooms of their choice. Districts that didn’t comply risked losing federal funds.


The guidelines swiftly triggered a lawsuit from 11 states, led by the attorney general of Texas that later drew support from Idaho, that argued the they would transform “workplaces and educational settings across the country into laboratories for a massive social experiment, flouting the democratic process, and running roughshod over commonsense policies protecting children and basic privacy rights.”

The states challenging the guidelines argued that the feds were using an overly broad interpretation of the Civil Rights Act that was being applied unconstitutionally and unfairly put them at risk of losing federal funds.


The brief filed by Ferguson was signed by attorneys general from New York, California, New Mexico, Oregon and other states and argues that “contrary to Plaintiffs’ claims, our shared experience demonstrates that protecting the civil rights of our transgender friends, relatives, classmates, and colleagues creates no public safety threat and imposes no meaningful financial burden.”


The lawsuit challenging the guidelines argues that allowing transgender students to access bathrooms and locker rooms of their choice would create safety and privacy concerns. The brief filed by Ferguson argues that the states challenging the guidelines “cite no data or tangible evidence in support of the claim that allowing people to use bathrooms corresponding with their gender identity will lead to increased violence or crime in restrooms.”


“Even in Texas, the lead Plaintiff here, officials in Austin, Dallas, and El Paso went on record denying any increase in restroom safety incidents as a result of their cities’ policies allowing transgender people to use restrooms consistent with their gender identity,” reads the brief.