WARNING: An extreme amount of spoilers are contained in the following blog. If you do not wish to know the major plot points of Harry Potter and the Cursed Child, or any other Potter story for that matter, please do not continue reading. If, however, you have recently completed the new book, which came out Saturday night at midnight, and potentially care a little too much about these books, please read on.

Is J.K. Rowling out to steal our hard-earned money? Absolutely. And yet for another taste of the Harry Potter world I'd give over all of my galleons. With the hard-bound script of the two-part play Harry Potter and the Cursed Child, which is currently sold out on London's West End until next summer, fans get a glimpse at the future of the Boy Who Lived, beginning  where book seven's too-happy epilogue left off.

Here playwright Jack Thorne takes the new story, written partly by Rowling, and crafts a piece of theater full of humor, sorrow and ultimately redemption (as we knew it must). That isn't to say there aren't some disturbing elements — Albus as Ron kissing his own aunt; Delphi, a young woman, preying upon teenage boys; and, of course, the idea that Bellatrix and sweet Voldy got it on — but I'm glad the tone is darker here.

Albus Severus Potter is a kid who isn't anything like his father or cool older brother James. He's a Slytherin, the worst thing you could be in a family full of Gryffindors. He's angry and feels alone. When his famous father says he wishes he wasn't his son, the scene is heartbreaking. The one bright spot on Albus' life is the wonderful son of Draco Malfoy, Scorpius.

Plays are often dark and stormy and full of people being as dramatic as possible (murder, affairs, mental disorders, all the good stuff). So within this format, feelings could be even more inky black than where the books left off. Harry wrestles with his demons. He still has nightmares and looses his temper. These are all the right things to focus on.

Instead, the time-turning aspect of this play/book takes over the plot, and it's all something we've seen before. It's a lot of the Back to the Future franchise but with broomsticks instead of hover boards, along with a whole lot more talk of love (we get it, OK!?). The action is great, but some of the best memories from the books come from when Harry is at the Burrow hanging out with the Weasleys or playing wizard's chess in Gryffindor common room. I wanted a greater sense of what it was like to be a part of Harry's new family here. I wanted more everyday life.

Now, a play is a different medium than a novel, that's why our English teachers always made us read Shakespeare aloud in class. Humans breathe the words to life. Actions make everything. And some online commentators have been dismissive of Thorne's work here, saying the story reads too much like fan fiction and that Voldemort could have had a daughter was far too preposterous for anyone to believe. But with a bunch of magical special effects, along with great acting, this story would be unbelievably powerful on stage — even if they are wringing more money out of folks by making it two parts (meaning you have to come for two separate shows). Hagrid walking through the Godric's Hollow ruins at the end must bring everyone to tears.

For its faults, the story is still a fun, kid-friendly adventure — which is why it's already a runaway best-seller.

2016 is a big year for Rowling. California opened a Wizarding World of Harry Potter theme park, this play began and in November, Fantastic Beasts and Where to Find Them will mark Rowling's first foray into screenwriting. She has recently announced that this play is the final Harry Potter story, but should we believe her? One thing is certain, as the most wealthy author on the planet she has no need to keep milking a series so beloved. She's made it clear she's a writer, that all she wants to do is write. She should continue her foray as a crime author under the pseudonym Robert Galbraith. I may not read them, but I'm glad she's still doing what she loves.

BUT if she does come back around one more time, back to her Harry Potter, I'll be there. And I know I'm not alone.

LINGERING QUESTIONS:
-Where is Teddy Lupin?
-Why does Ginny still seem like a side character? This was a chance for her to break out, but the plot doesn't allow it.
-Why is Ron suddenly the only comic relief? Is George no longer around? Ron's character seems to have forgotten how to be Harry's best friend who calls him out on his crap. Instead, Malfoy gets the role, which is unsettling.
-No Luna? Not even for one scene?
-Why don't Ron, Harry and Hermione have severe PTSD?
-Why do none of the new generation of children have a pet?
-Why do we muggles enjoy our farmers markets so much? 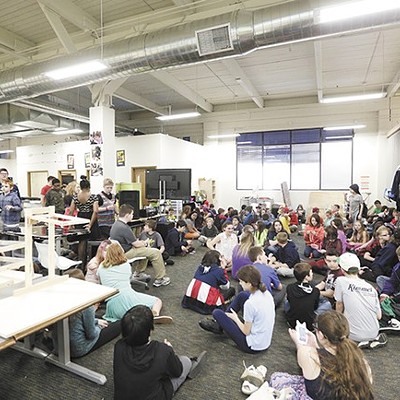