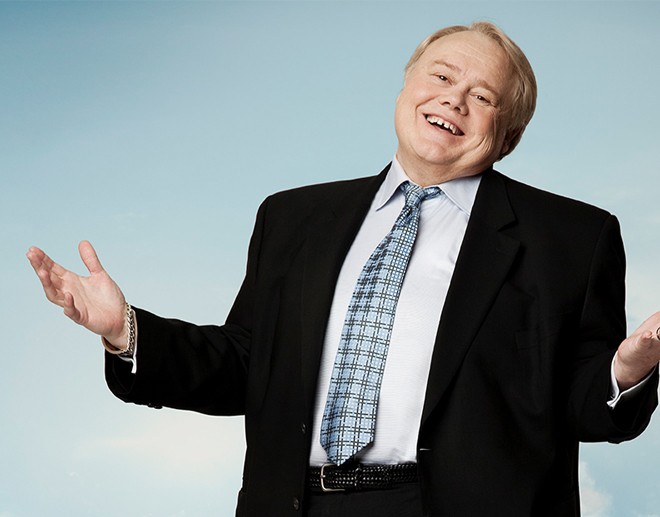 Louie Anderson headlines The Bing on March 30.
Long-time standup comedy favorite and recent Emmy winner Louie Anderson is heading to Spokane for a show at the Bing Crosby Theater in March.

Anderson made his debut on The Tonight Show in 1984 and immediately became a favorite of host Johnny Carson. Aside from his non-stop tours doing standup, largely about his Minnesota upbringing and oversized family, Anderson created a hit children's show in the mid-90s, Life With Louie, and also was host of Family Feud for a few years.

Most recently, Anderson won a 2016 Emmy for Outstanding Supporting Actor in a Comedy Series for his role on Baskets, playing the mother of twin sons played by Zach Galifinakis. The man has range!

Here's a bit of Anderson doing his standup thing: