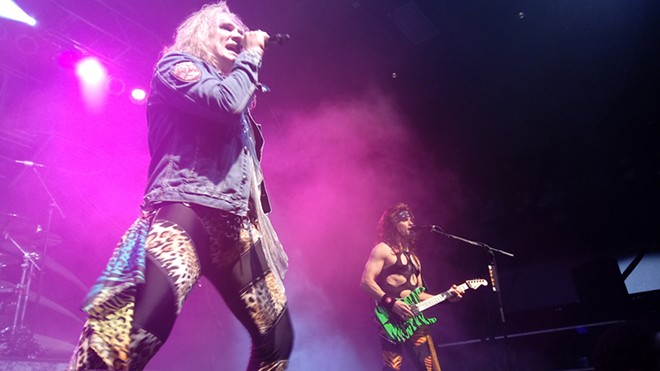 Dan Nailen
Singer Michael Starr and guitarist Satchel of Steel Panther.
If you dropped an unsuspecting music fan into Steel Panther's show at the Knitting Factory Thursday, it's hard to imagine what they'd think of the proceedings if they weren't in on the joke.

Taken at face value, the Los Angeles-based hair-metal jokesters come across as probably the most over-the-top, anti-PC glam-happy rock band in recent memory. They turn '80s rock excess and turn it up to 11, resulting in a show full of silly and familiar stage moves, genuinely rocking riffs and between-song banter that is hilarious at times, and completely asinine at others.

That, of course, is the big joke. Steel Panther appeals to fans of '80s glam-metal because the band amplifies how goofy that era was. Whether it's bass player "Lexxi Foxx" literally pulling out a hand mirror and applying makeup and hairspray on stage, or guitarist "Satchel" constantly talking about ever-more-outlandish sexual escapades, it's easy to watch Steel Panther and recall the likes of Poison or Dokken or Ratt at their excessive best/worst.

At their best, the Steel Panther shtick can come off as utterly charming and self-aware, such as repeated jokes about increasing the smoke on stage or the makeup to hide the advancing ages of the band members. Not as funny — a young female fan who accepted the opportunity to jump on stage and show the audience nearly filling the Knitting Factory her bared breasts. All I could think of as it happened was: "Why?"

It wouldn't work if the band couldn't actually play as well as they do, or perform with as much energy as they bring to the stage. While virtually everything about Steel Panther is a joke, their dedication to the gig and their fans' adoration were obviously real.

Here are a few photos from the show: 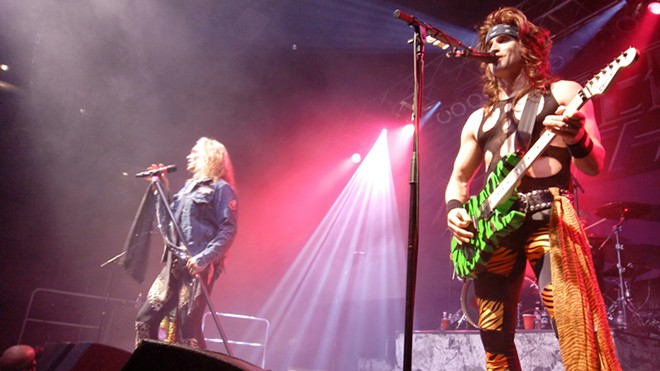 Dan Nailen
The majesty of rock.
click to enlarge 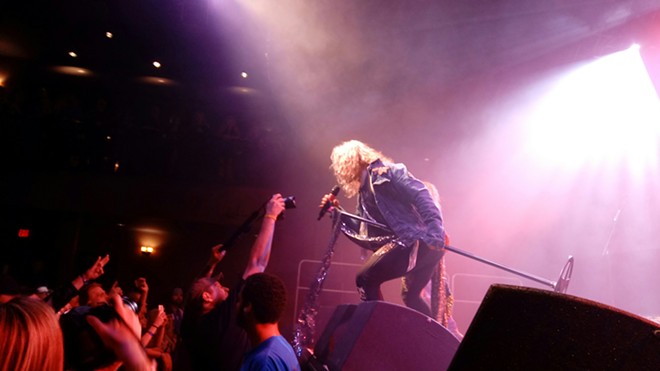 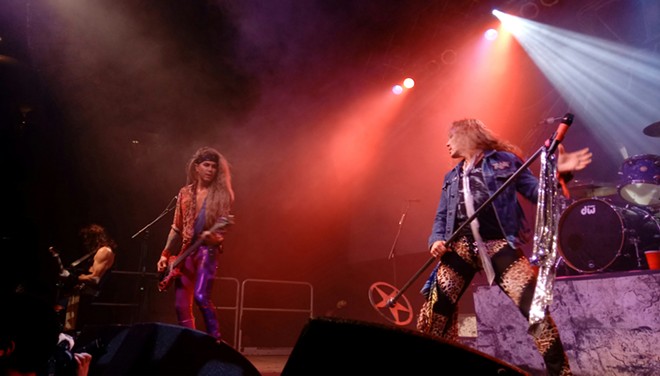 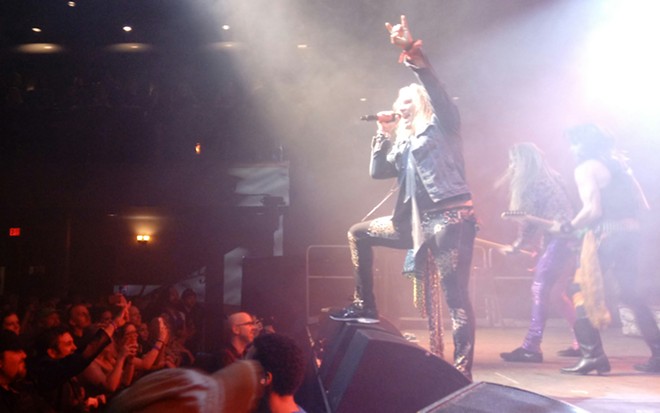 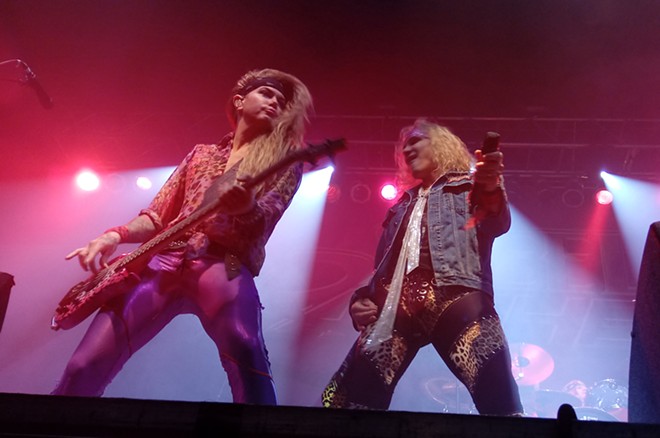 Here are the nominees for Saturday's Spokane Arts Awards