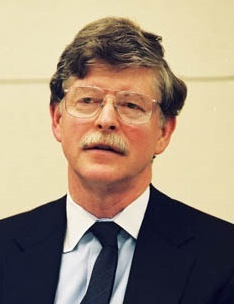 Since the Northwest Museum of Arts and Culture (MAC) fired its executive director, Forrest Rodgers, in February, the organization has been looking for a new head.

After making an offer to a candidate this fall, a three-month contract to lead the museum, a non-profit organization by the state of Washington, was offered to former diplomat Tim Carney, who now lives in the Spokane area, according to a museum spokesperson.

Carney's wife, Victoria Butler, was a member of the MAC board. She also helped bring in an exhibit of contemporary art from the United Arab Emirates, which reportedly became a point of contention between Rodgers and the board.

Alison Highberger, who does public relations for the museum, says that Butler recused herself from any discussion of Carney's hiring and resigned from the board before her husband took on the job at the beginning of this month.

Carney has an extensive resume in foreign affairs, including time as an ambassador to Sudan and Haiti. In 2007, then-Secretary of State Condoleeza Rice named Carney in charge of overseeing reconstructions efforts in Iraq. He also served as vice president of the Clinton-Bush Haiti Fund following the devastating earthquake in 2010.

"The ambassador has experience in managing public and private programs, and [the museum's board] felt his ties in Spokane would provide him with the necessary expertise," says Highberger.

She adds that the museum plans to have a permanent director in place by the end of Carney's tenure.