It was a bit of a strange sports weekend since the Seahawks played on Thursday and we're still waiting around for bowl season to gain some steam, but the biggest news went down just southwest of Spokane. Let's break it down:

EWU Athletics
Eagles quarterback Gage Gubrud will be back next season.
EAGLES HEARTBROKEN IN CHENEY
Things looked like they were lining up nicely for Eastern Washington's football team and its run for a national championship. The Eags were hosting a home semifinal on Saturday in insanely cold temperatures, the powerhouse North Dakota State had lost on Friday night to James Madison in the other semifinal, and Eastern had decimated Richmond a week earlier, looking great on both offense and defense.

If only they didn't have to play a team of Penguins.

Youngstown State came to Cheney and took a lot of big punches from the Eags, including a lead-taking touchdown with less than five minutes to play. But then Youngstown State took their last possession, drove down the field and then pulled off one of the most amazing plays you'll ever see on the final snap of the game:

That play made it a 40-38 victory for YSU, and leaves a bad taste in the mouths of Eastern's players who got so close to the national championship game this year. Quarterback Gage Gubrud broke Vernon Adams' record for single-season yardage, and Cooper Kupp added to his legendary career stats with 10 catches for 180 yards and two touchdowns. But the Penguins dominated the time of possession, holding the ball for nearly 40 minutes on the day, and tallied more than 500 yards of offense themselves.

WSU WILL PLAY A HOLIDAY BOWL AFTER ALL
After reports late last week that the Cougs opponents in the Dec. 27 Holiday Bowl, Minnesota, would boycott the game over the suspension of 10 players involved in a sexual assault allegation, someone talked some sense into the Gophers and the game will go on.

There was not much sign of rust after a nine-day break between games for the Zags, at least early on, but allowed the Volunteers to get within four points with less than three minutes left before finishing off the pesky SEC team. Nigel Williams-Goss dropped 20 points to lead the Zags, who are one of just six teams that remain undefeated at this point in the season. The Zags are 11-0, and take on South Dakota on Wednesday in their last pre-WCC game. The game will be on ESPN at 6 pm.

Trump, the Electoral College, Gonzaga basketball and other news to start your week 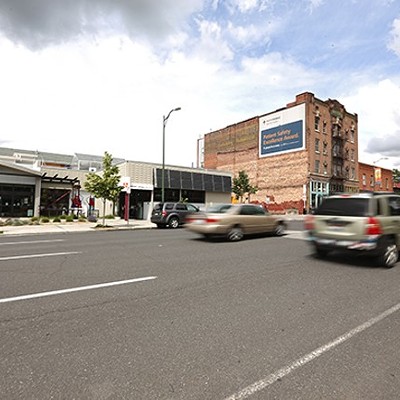