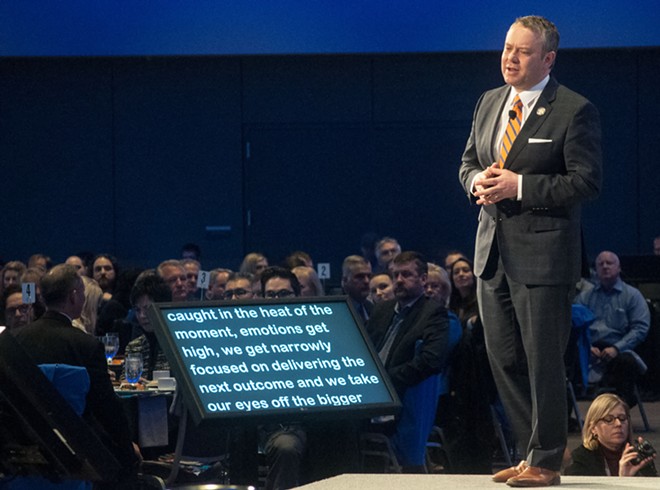 The police department is launching a Vehicle Theft Task Force, focusing entirely on reducing the steady stream of car thefts. Spokane may not be in as bad a spot as when Spokane County ranked fourth in the nation for car thefts, but it's still pretty dismal.

"We're third in the state and there's not a day that goes by where we don't usually have three cars stolen at least," Police Chief Craig Meidl says today. "Sometimes five or six."

And while the city's recently made progress reducing other types of property crime, like burglary, vehicle thefts have been more difficult to address.

"At the beginning of October, we were down in every property crime category. Every single one, except for vehicle thefts and larcenies," Meidl says. "Rather than just sitting there and saying, 'Yep, vehicle thefts are up again,' I just told the command staff, we're going to focus on vehicle thefts. We know we have a problem."

At least seven detectives will be fully committed to tackling vehicle thieves. The two officers from the Chronic Offender Unit and five from the Police Anti-Crime Team will try to treat the vehicle theft epidemic, not just by arresting thieves but trying to get at the root of their problems. The targeted crimes unit will assist as well.
click to enlarge 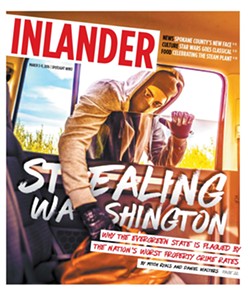 Our coverage last year on property crime focused on the low number of cops, high rates of drug addiction, and lack of supervision for property crime offenders.


"Anecdotally, and actually scientifically, a small percentage of people are responsible for a gross, disproportionate amount of vehicle thefts," Meidl says.

He thinks of an example juvenile female who, within the span of three weeks, was arrested on three separate occasions for stealing three separate vehicles.

"If we can't arrest our way out of it, we need to get them resources," Meidl says.
That effort starts when they're still in prison and continues after they're released. It means talking to offenders to learn their stories, and then figuring out the best way to respond to their underlying issues.
"When they're in jail, talk to them: 'Why are you stealing cars? Is it drugs? Is it mental health issues? Is it, you don't have a job?'" he says. "Then when they get out, stop by their house."

Basically, go to where the offenders are and offer them help getting jobs or into treatment. "Then if they say no, stop by and visit them again," Meidl says. "You just keep on offering them services."

Police will ask chronic offenders a four or five-page list of questions to try to connect them with resources. The city's community court has offered to help. The City of Spokane is looking at ways to help provide other solutions, like subsidizing housing for chronic offenders or helping them get a job.

And if they still refuse help? Then, Meidl says, the next time they're arrested, the police can go before the judge, and explain that the repeat offender has refused services — allowing them to argue for a more stringent sentence.

There's precedent for believing that this strategy can work: Three years ago, Meidl says, the chronic offender unit focused on car and brought down the car theft rate by 20 percent. Meidl will be watching the numbers closely this time around as well.