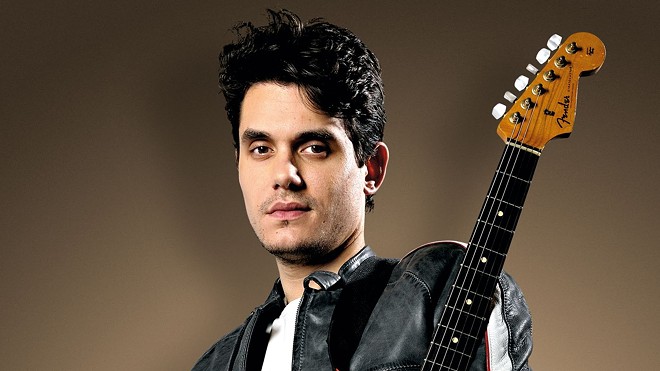 John Mayer is set to perform at the Gorge Amphitheatre on July 21.
It's cool to hate on John Mayer.

He's churned out a lot of safe blues rock over the years. He's said some dumb stuff in interviews. He probably takes himself a bit too seriously. But it's impossible to deny that the guy's a solid guitarist, and he's generated a huge fan base since releasing his first album in 2001.

Mayer has made a habit of playing the Gorge Amphitheatre every few years, and his upcoming summer tour has him returning to George, Washington, on July 21. Earlier today, Mayer released an EP titled The Search for Everything: Wave Two, a sequel of sorts to a four-song collection he dropped last month.

July's concert marks the first time Mayer has played a solo gig at the Gorge since 2013. He was there last summer with Dead and Company, a jam band he formed with the surviving members of the Grateful Dead.

Tickets go on sale next Saturday, March 4, at 10 am on livenation.com and through Ticketmaster outlets.

Did the Spokesman-Review just jinx the undefeated Zags?