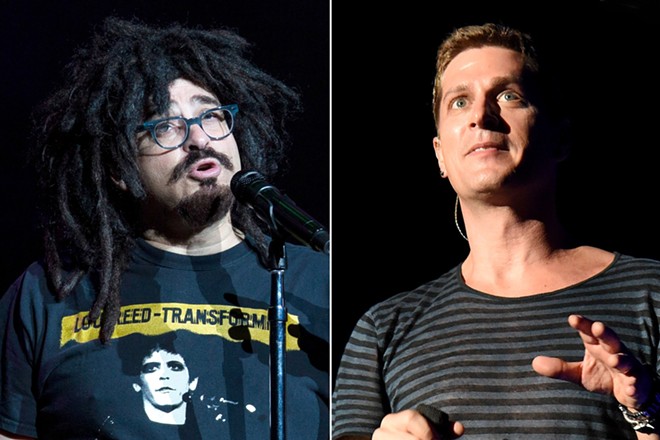 The Spokane Arena continues to bulk up its upcoming concert schedule with an impressive roster of names.

The big announcement of the week is that '90s hitmakers Matchbox 20 and Counting Crows will kick off a co-headlining tour in Spokane on July 12. The tour coincides with the 20th anniversary of Matchbox 20's breakthrough album Yourself or Someone Like You (doesn't that make you feel old?), a blockbuster LP that spawned the Top 40 singles "3 A.M.," "Push," "Back to Good" and "Real World." Counting Crows have been around even longer, best known for the alt-rock radio staples "Mr. Jones" and "A Long December."

Tickets for the show range from $35 to $85, and they go on sale Fri, March 31, at noon through TicketsWest.

The Piano Guys
And on Oct. 12, the Piano Guys will return to the Arena after playing there last May. Best known for imaginative YouTube videos featuring instrumental renditions of everything from Justin Timberlake's "Can't Stop the Feeling" to "Let It Go" from Frozen, the Utah-based quartet recently released its sixth studio album, Uncharted.