An osprey's hunt, a last-minute state budget deal, and other morning headlines

Address unknown
What happens when Spokane County Sheriff's deputies can't find the house where a burglary was reported? They go to a different house, knock on the door, confront a 22-year-old watching Netflix, point a gun at him, then tell him "You're lucky I didn't f—-in' shoot you."

Min at work
We dive into the strengths and weaknesses of the controversial UW minimum wage study.

Got mother's milk?
There are this weird compounds called "oligosaccharides" in mother's milk that babies can't even digest? So what's their deal?

Fish and sticks on osprey-per-view
Some of the sweetest osprey pics of the summer, as he goes hunting for a fish and, uh, a cool stick.

The art of compromise
With less than 24 hours left on the clock before a state government shutdown, House Democrats are getting the revenue they want for education, but they're paying for it largely with the method — property taxes — put forward by Senate Republicans. (The News Tribune)

Say it ain't so, Joe
After President Trump launches into a sexist Twitter rant suggesting, among other things, that Morning Joe's Mika Brzezinski was bleeding as a result of plastic surgery, she and co-host Joe Scarborough respond, suggesting that the National Enquirer was going to publish a negative article about them unless they begged Trump to stop it. (Washington Post)

The big drop
The amount of funding that had been scheduled to be spent on Medicaid would plummet by 35 percent under the Republican Senate's health care plan. Does that count as a cut or just a slower growth of spending? (New York Times) 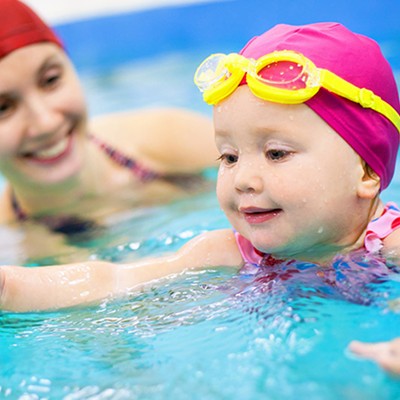 Playing it safe around the water this summer, new doctors face challenges, and solving a magical mystery in mother's milk

Fantastic marmots and where to find them, near downtown Spokane