Do you love the minimum-wage hike? Then you'll love the study from UC Berkeley's Center on Wage and Employment Dynamics that says Seattle's minimum wage hike from $11 to $13 an hour helped food-service workers make more money, without harming hours or employment.

On the other hand, do you hate the minimum-wage

UW Evans School
Jacob Vigdor, director of the University of Washington's minimum wage study team.
hike? Then you'll love the study from the University of Washington that uses government payroll data to find that because of a reduction of hours, the implementation of the minimum wage actually reduced wages for workers making $19 an hour or less by an average of $125 per month. The hours they lost erased the gains they made with pay increases.

The resulting disparity in conclusions has catalyzed a wonk war, with those on the right and the left eager to undercut the conclusions of one study or the other.

The UW study made headlines precisely because it seemed to contradict the vast body of research showing little to no effect from prior wage hikes. On the other hand, most of those studies were looking at hikes much less dramatic than Seattle's.

So yesterday, the Inlander spoke with Jacob Vigdor, the UW study's director, about the strengths and the weaknesses of the UW study, and what it told us about Seattle's divergent restaurant scene.

The big takeaway: The UW study produced different results because it's providing different answers to a different set of questions with different sets of data.

"You have to pick something else … You pick a sector of the workforce that you think the work being done is low-wage work."

"The issue that a lot of previous studies have faced is you don’t actually get to see what people’s wage rates are," Vigdor says.


As a result, many previous studies look at just teenagers, or just the restaurant industry.

That's what the Berkeley study, released last week, did. It found that pay for food-service workers increased increased by about 1 percent in the food service industry, and 2.3 percent in limited-service restaurants (think fast-food joints).

But this approach has two weaknesses: First, only about 30 percent of the low-wage work in Seattle is in the restaurant industry, Vigdor says, while the rest is in other areas. Think department stores, movie theaters, bowling alleys, child care. Focusing just on the restaurants misses all these other types of low-wage workers in industries facing different economic winds.

Second, you end up inadvertently including workers who aren't low-wage workers — who are actually getting paid much better salaries — and lumping them in with minimum-wage employees.

That second in particular, Vigdor suggests, is one reason why his study finds such a remarkably different result from the Berkeley study: His study uses actual state wage data to find who the low-wage workers are.

On the one hand, he says, you have low-end restaurants, like fast-food joints.

"There’s a certain type of restaurant that is going to rely on lower-wage workers, less-skilled workers, workers with less experience," Vigdor says. "What we seem to be finding is that the restaurants that are reliant on low-wage laborers are cutting back."

The other type, he says, are swankier locations, aimed at cash-flush Seattleites. These pay higher wages and attract a different type of employee.

"Those types of restaurants are typically hiring a more experienced workforce that doesn’t get paid the minimum," Vigdor says. "They’re going to pay them better and expect them to be more productive."

And as Seattle is being flooded with high-wage tech jobs, the local food service industry is shifting toward these more expensive restaurants.

"All this phenomenal growth in Seattle is in the high-wage market," Vigdor says. "We see the losses in the low-wage market."

He says there may be some cases wherte a lower-end restaurant has decided to transition to serving a more affluent clientele and seek out more experienced workers.

Interestingly, when the UW team tried lumping all the restaurant jobs together — like other studies have done — the apparent impact on jobs disappears. Do a study like the Berkeley study, get a result like Berkeley's. Only when you separate low-wage jobs from higher-wage jobs do you see the negative impact on hours.

Indeed, the job market is actually phenomenal for experienced employees in Seattle, where there's plenty of demand for workers.

"Seattle is growing quite a bit," he says. "If you came to Seattle and you were just going to sleep on a friend’s couch for a couple of weeks, you’re going to find work [if you're experienced.] It’s actually easy to get a job offer there."

But that may not be the case for inexperienced employees.

"In Seattle, if you want to think about it from a business perspective rather than worker perspective, businesses overall are figuring out ways to make it work," Vigdor says. "The big way they’re making it work is to find ways they’re using less labor."

In other words, businesses are doing fine with the minimum-wage increase. But their workers? It depends on the business you're talking about.


OF COURSE, THERE ARE A FEW CAVEATS

Still, there are plenty of critiques being leveled at the UW study. Some are technical, critiquing the way the study created a "synthetic Seattle" using a number of other Washington state labor markets, instead of large cities similar to Seattle nationally.

Furthermore, the study also doesn't include contractor jobs, or people who are being paid off the books and under the table. Perhaps even more important, to avoid contaminating the data with workers employed outside Seattle, it doesn't include businesses with multiple locations that don't identify where their workers are working.

"For people who are skeptics and critics, it’s our job to make it easy for them," Vigdor says.

"Because of limitations of our data, smaller single-site employers are overrepresented
in our sample, and these businesses may react differently than larger multi-site
employers," the UW study says. For example, multi-site employers like Subway or Arby's could, on one hand, absorb the minimum-wage increase across their large company more easily, or on the other hand, more easily move their employees to sites unaffected by the wage hike.

Either way, it means that the study misses out on 38 percent of the low-wage workforce.

"There’s a lot of limitations and caveats we wrote into the paper itself. For people who are skeptics and critics, it’s our job to make it easy for them," Vigdor says.

But Vigdor pushes back against those who would dismiss the UW study because it doesn't include multi-location businesses. The minimum wage team conducted a study, using a stratified random sample of more than 500 businesses from the Seattle business directory, and asked them how they responded to the minimum-wage hike.

The survey actually suggests that multi-location businesses were slightly more likely to report cutting back on hours.

"Some businesses are trying to move operations out of Seattle," Vigdor says. "I heard from one business owner that moved some of their employment to Ohio. Sometimes it’s not so much going to Ohio as going to the suburbs. [Or] getting by with fewer workers on the shift."

He says some businesses decided to open later or have their workers on-call in case things got busy, instead of guaranteeing work for them.


WHAT DOES THIS TELL US ABOUT SPOKANE?

Last fall, Washington state overwhelmingly voted to hike its minimum wage to $13.50 an hour by 2020. Already, employers in Spokane are paying $11 an hour. Does this mean that low-wage workers in Spokane have suffered because of it?

"I think, in general, we want people to be pretty cautious with extrapolating," Vigdor says.

Take two big reasons to start with: First, Spokane is not Seattle.

"We want people to be pretty cautious with extrapolating," Vigdor says.

"If there’s any place a business can find a way to pay their workers more, it’s Seattle... Spokane is not experiencing the same incredible boom for high-wage jobs," he says. "What works in Seattle may not work in Spokane or Vancouver or Aberdeen."

And a hike from $9.47 an hour to $11 an hour is not the same as a hike from $11 to $13 an hour. In fact, UW's study last year examining Seattle's initial leap to $11 an hour found little negative impact. That matches the previous minimum-wage research, which suggests that the size and speed of the wage hike matters.

Either way, Vigdor says the initiative hiking Washington state's minimum wage will complicate their analysis of the 2017 data. The gulf between Seattle and the rest of the state will shrink.

No matter the future conclusions, Vigdor cautions against using them to draw universal lessons about the minimum wage.

"As a researcher, I always bristle when I see any headline, when I see the word 'prove,' Vigdor says. "We say things like 'suggest.' " 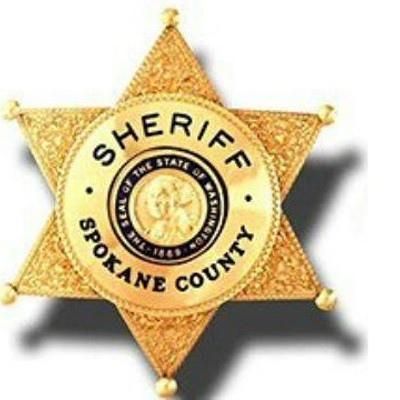 A year before his death, Chief Joseph visited Seattle to deliver a final plea for his people