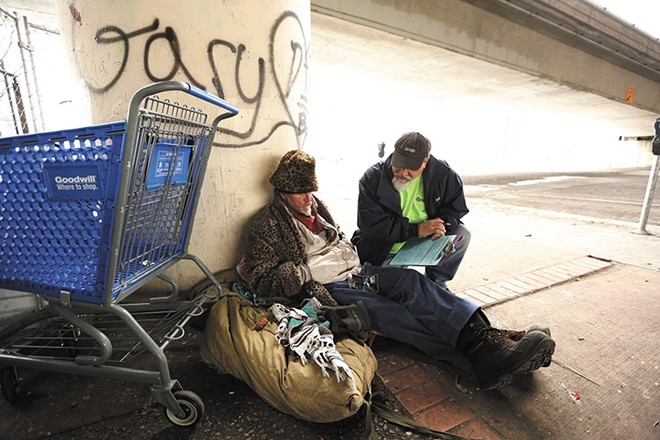 Young Kwak photo
City Hall is cracking down on homeless people sleeping outside in Spokane, using methods that include making the ground itself inhospitable to them.
ON INLANDER.COM

What can Brown do for you?
Former Sen. Lisa Brown is running for Congress against seven-term Rep. Cathy McMorris Rodgers. Why did she wait so long to officially announce?

Fat is good now
Or at least that's how I'm choosing to read the latest diet research.

Between rocks and a hard place
In an attempt to prevent homeless people in Spokane from sleeping on the ground, the city has strewn $150,000 worth of basalt boulders in the underpass beneath I-90. (Spokesman-Review)

Elaborate suicide
A Montana woman who seemed to have been abducted and whose body was found in the trunk of a car in Spokane last September actually committed suicide, the FBI has concluded. (Spokesman-Review)

Water world
What Houston residents are returning home to after the flood. (New York Times)

A bit of a slump
Job growth in the U.S. was weaker than expected in August. (Washington Post)

Resilience in the face of disaster, the new diet lowdown, and outdoor Spokane Symphony concerts

Spokane to equip more of its police with opioid antidote