Some asshole (or assholes) stole a purse from a Freeman High School mother as she ran to the school, wondering whether her children were alive or dead. The criminal(s) have since racked up $36,000 in fraudulently cashed checks and credit card charges, according to the Spokane County Sheriff's Office. 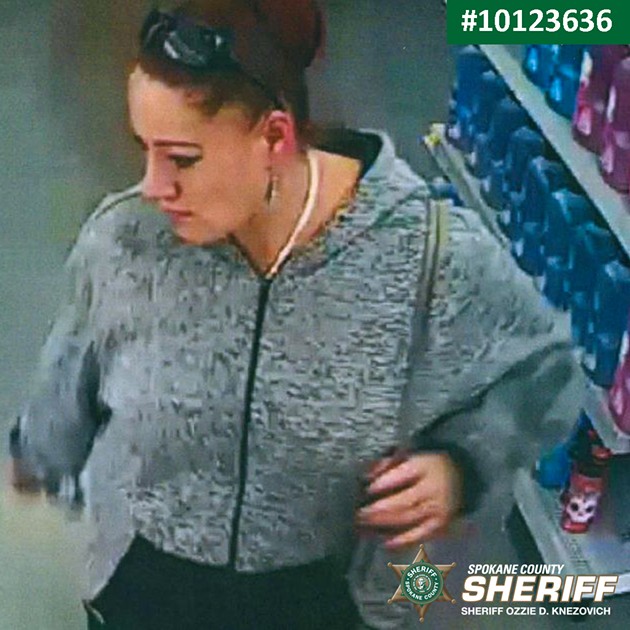 Spokane County Sheriff's Office photo
Suspect in theft from Freeman parent's vehicle
As word of the deadly shooting spread Wednesday morning, parents descended frantically on the south Spokane County school to pick up their kids. Traffic jammed, and many abandoned their vehicles on Highway 27. 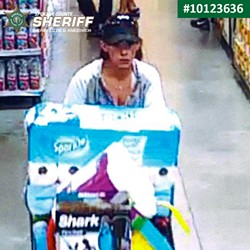 Spokane County Sheriff's Office photo
Suspect in theft from Freeman parent's vehicle
Sometime between 10:30 am and noon — before many parents knew whether their kids were safe — someone snatched the purse from one of the abandoned vehicles parked along the highway, a news release from the sheriff's office says.

"Property crimes themselves are typically hard for victims to deal with, especially when identity theft and fraud are involved," a news release from the Sheriff's Office says. "But the fact that these criminals took advantage of such a tragic situation is particularly heinous."

Anyone with information about this crime should call Sheriff's Office Det. Dean Meyer at 509-477-3159.

This story is developing and will be updated.