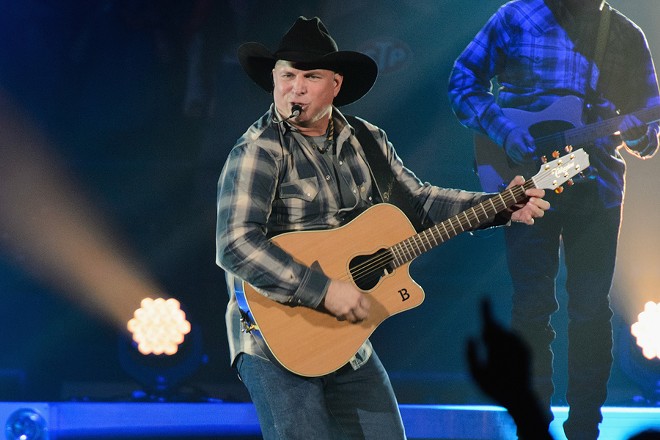 Country music star Garth Brooks returns to Spokane for back-to-back shows in November at the Arena.
Tickets for Garth Brooks' Nov. 11 Spokane Arena show went on sale this morning, but the country music megastar has already added three concerts to his upcoming Spokane tour stop — on Friday, Nov. 10 at 7 pm; another Saturday show at 3 pm; and on Sunday, Nov. 12 at 7:30 pm. This is common practice for Brooks, who since re-emerging from a retirement in 2009 has clearly relished getting back into performing again.

The Friday night, Saturday afternoon and Sunday night shows will also run you $74.98; tickets are on sale now through TicketsWest. Platinum-selling country star Trisha Yearwood (who also happens to be Brooks' wife) will open all four shows.

UPDATE: A fifth show, at 3 pm on Sunday, Nov. 12, has been announced. If this trend continues, Garth Brooks may just end up moving here.