A student at Lake City High School was threatened on social media after she refused to send a nude photo to someone, according to Coeur d'Alene Public Schools.

The anonymous suspect threatened to shoot the
click to enlarge 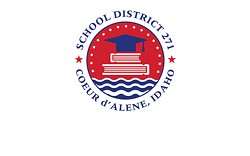 girl at school today if she didn't send the photo, according to a news release. The district says the suspect "deliberately chose social media apps that would hide his/her identity."

Police were notified of the threat last night and are trying to find the suspect. Meanwhile, there are additional police officers at nearby schools, including Lake City.
"We will remain visible and diligent all day," says Deanne Clifford, Lake City High School principal. "Our No. 1 priority is the safety of our students."

The district says it takes any threat "very seriously," and that students could face disciplinary action and be charged with a crime for engaging in such behavior. Clifford says she is available to meet with parents who have concerns Monday.

As the Inlander wrote about this week, area schools have seen an increase in reported threats to students in the last month, following a shooting at Freeman High School last month that killed one student and injured three others.

Anyone with information related to the threat is encouraged to contact the Coeur d'Alene Police Department at (208) 769-2320 or policetips@cdaid.org.