Big Brother takes a hit, a jury of your peers(?) and more headlines

Ladies and gentlemen of the jury
Lawyers have been allowed to discriminate during jury selection for hundreds of years. Here's how Washington state is trying to change that.

Hollywood's Reckoning
The outpouring of sexual harassment scandals from Hollywood will change the movie-making business, but how?

Little Dancer Boy
Meet the young boys dancing in this weekend's performance of the Nutcracker.

If you use a cell phone, read this
click to enlarge 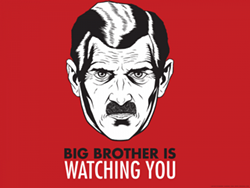 Does the government need a warrant to get your cell phone records? That is one major question facing U.S. Supreme Court justices in Carpenter v. United States, a case involving a man who was sentenced to 116 years in prison for participating in armed robberies.

The prosecution was able to place Timothy Carpenter in the vicinity of the robberies with records showing when his cell phone connected with cell towers. But they did not get a warrant to obtain the records.

News reports of arguments in the Supreme Court case indicate that justices may lean toward more protection for cell phone data, though they're unclear how. (SCOTUS blog, New York Times)

Locked from the inside
Ousted host of NBC's Today show, Matt Lauer, reportedly had a button under his desk that would lock his office door from the inside. The co-host of the show for the past two decades was fired after a the company received a complaint against Lauer for "inappropriate sexual behavior in the workplace." (Variety)

Who Run the World?
In Seattle, at least, it's girls. (The Stranger)

Grand Theft Auto, Portland
Cars in Portland are getting stolen at an outstanding clip. And the problem is not getting any better. Police point to an appeals court decision that makes it difficult to hold car thieves accountable. (Willamette Week)