A group of eagles is called a "convocation." And at Coeur d'Alene lake this weekend, it was practically a pep rally. Hundreds of bald eagles swooped around Higgens Point and the Wolf Lodge Bay, many clutching fish in their talons as they glided from tree to tree.  According to the Spokesman-Review, US Fish and counted over 370 eagles on Thursday, a new record.

We took the trek out to Couer d'Alene on Saturday, vowing to only return once we had captured at least one bald eagle on film. But reader, we saw several.

A single tree may be speckled with ten white bald-eagle heads. You look up into the sky and would see dozens of eagles circling above the snow-dusted hills.

And best of all, we didn't just see eagles. We also saw some seagulls. But before we get to the seagull picture you came here for, let's look at some eagles.

Without further ado, let the eagle soar, like she's never soared before. 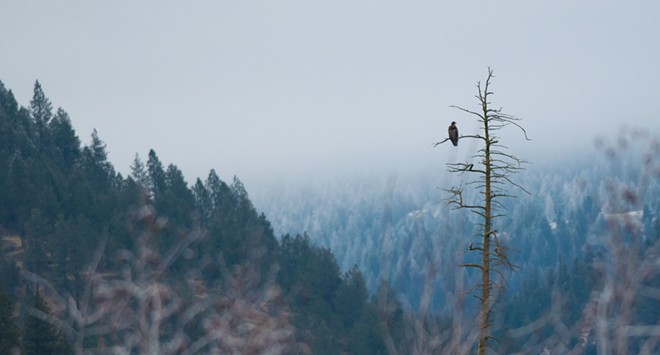 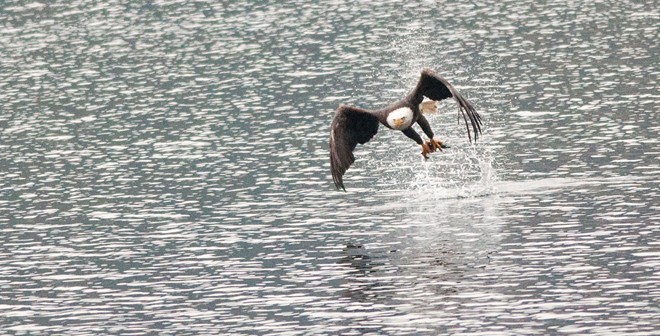 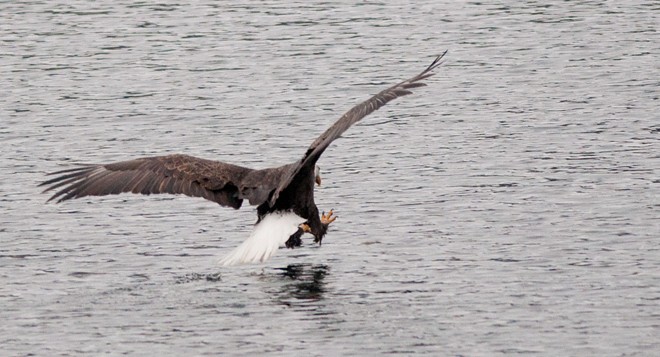 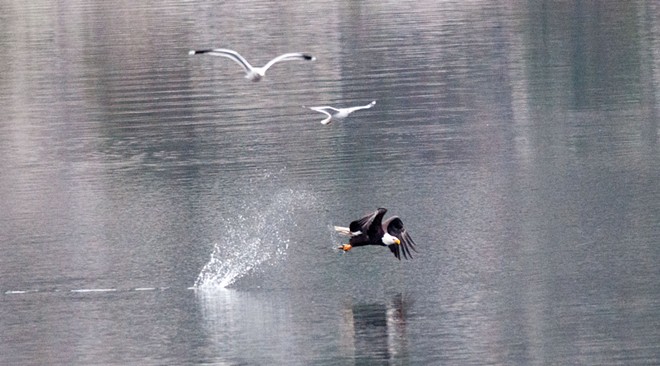 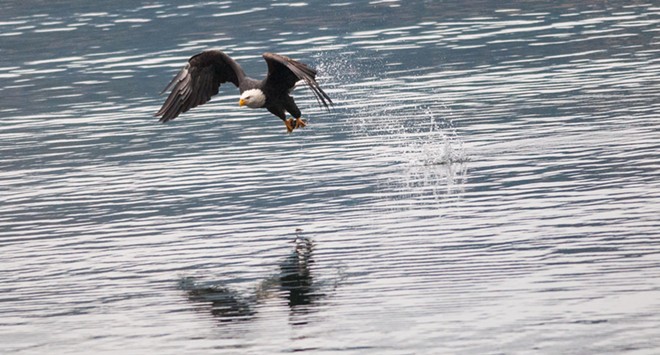 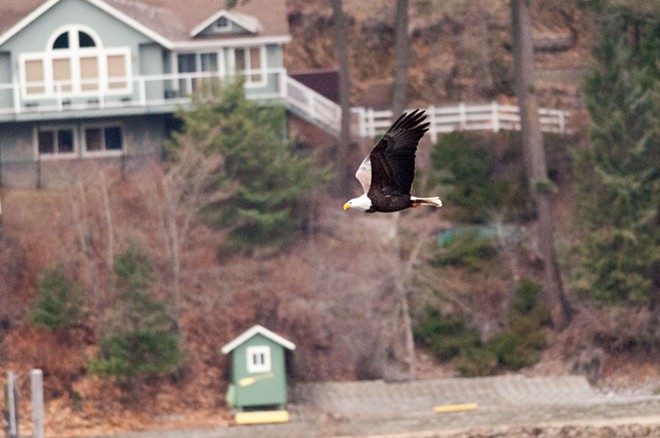 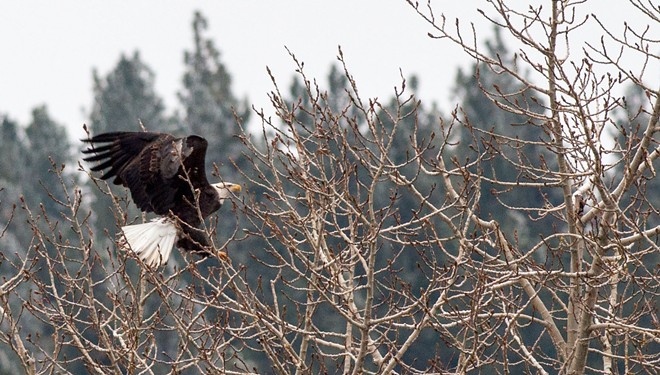 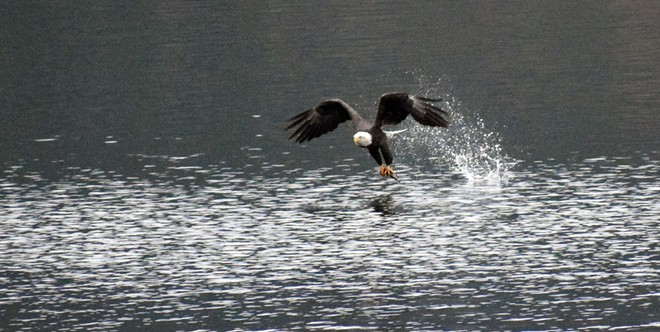 Wilson Criscione photo
And now, because you were so patient scrolling through all of these majestic and glorious bald eagle pictures, we present the picture you've all been waiting for: A seagull.

Daniel Walters photo
Clearly, it was worth the wait!

THE FUZZ: A Spokane cold case gets colder; plus, Oregon's biggest drug busts and more