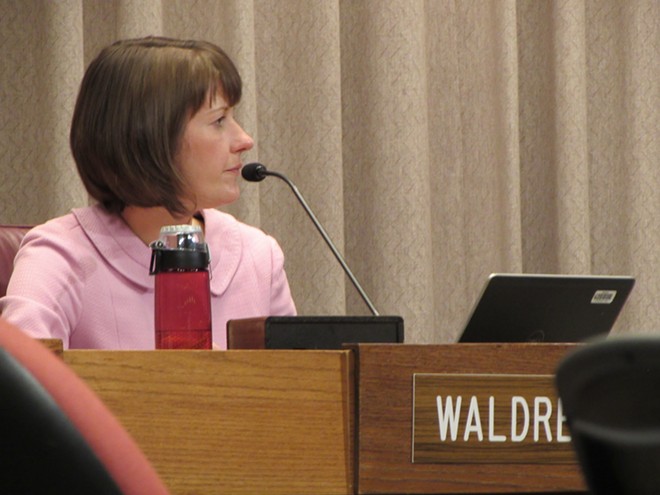 Daniel Walters photo
When things got heated in city hall, Amber Waldref helped calm them down
ON INLANDER.COM

Still in the hunt
Members of the Sinixt tribe of the Colville Reservation are allowed aboriginal hunting rights in Canada.

Judge not, lest ye be judged
After an autistic man screamed and yelled profanity at a Stevens County judge in a road rage incident, the man was given a crazy-harsh sentence by the judge's friend. But now, that sentence has been thrown out.

This is Jackass
The Jackass Bowl at Silver Mountain is offering lift tickets for only $12 today!

Peacemaker
Shawn Vestal gives a shoutout to former Councilwoman Amber Waldref for helping to bridge the divide between the city council and the mayor. (Spokesman-Review)

Living like a refugee
Whitworth students travel through an exercise intended to simulate how it feels to be a refugee. (Spokesman-Review)

The fall of the House of Bannon
Former Trump chief strategist Steve Bannon's betrayal of the president, as detailed in the (occasionally dubious) new Trump palace-intrigue book, has cost Bannon most of his remaining allies.  (Washington Post)