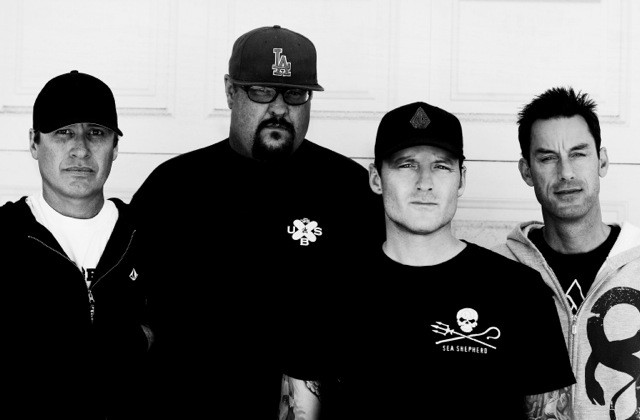 You think they'll have much to work with on their new tunes?

Actually, their latest collection is a set of old Pennywise songs originally penned in the late '80s when the band was getting its start. The group is re-recording the songs, most of them written by bassist Jason Thirsk who died in 1996, as a means of paying homage to their former bandmate and restarting Pennywise after a brief split with singer Jim Lindberg.

The Pennywise tour in support of the "new, old album" stops by The Knitting Factory in Spokane March 11. Tickets are $27.50 in advance, $30 day of show, and available through The Knit's website starting Friday at 10 am. Strung Out opens the show.

“Losing Jason was a terrible tragedy for all of us and he was such a big part of the Pennywise spirit, so us going back and recording these songs was a huge inspiration because it reminded of us of where we were when we started and why people responded to the band in such a powerful way,” Lindberg said about Yesterdays. “These songs are Pennywise in our purest form and it’s really as much of a gift to us as it is to our fans, many of whom have been waiting for real recordings of these tracks for years. It marks a new chapter for the band while still staying true to the way we started twenty-six years ago.”