Wonder of wonders, Saltese Flats public area now "a reality" and other headlines 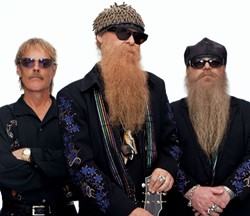 Check out the full listing here. Plus, plan your week with our weekly event picks (here).

EVENTS: Wonder of wonders. History professor Jennifer Tobin will delve into the Seven Wonders of the World and what they meant for the Greeks. The presentation will also “investigate” the emergence of the “seven wonders” as a way to assert cultural dominance in a multicultural world. COOL.

NEWS: If you haven’t already done so, read our story about how Washington state is considering shifting away from a gas tax as vehicles become more fuel efficient.

In memory of MLK
Today, April 4, marks the day 50 years ago that Martin Luther King Jr. was assassinated in Memphis. The New York Times pays tribute with an interactive article, including archived stories from the ‘60s. (New York Times)

Shooting at YouTube HQ
Police are still searching for a motive behind yesterday’s shooting at YouTube headquarters in San Bruno, California. The attacker wounded three before taking her own life, the L.A. Times reports. (L.A. Times)

Recreation and education in Saltese Flats
Spokane County and the Central Valley School District are partnering to restore the Saltese Flats wetlands into a public area that will include trails, a lake, bird habitat and learning center. The project has been planned for almost a decade, but is now a step closer to reality, the Spokesman Review says.  (Spokesman Review)

Villanova win ends the madness, farmers worry about Chinese tariffs and other headlines