In his second annual report as the person tasked with overseeing the Spokane Police Department, Ombudsman Bart Logue has a few suggestions.

The policy specifically states that "review of video shall be related to the specific complaint(s) and not used as the basis to randomly search for other possible violations."

Logue recommends that those overseeing officers' work have "access to the entire video for review, in order to audit officer actions, improve transparency between SPD and supervising officers, improve training and increase early intervention of potential problems."

Update the policy regarding transgender people
Logue recommends that the SPD review its discrimination policy along with the LGBTQ community.

"In keeping with community policing principles, consulting with the LGBTQ community can  help diffuse a potential volatile situation, and it may provide feedback on policy development," Logue writes.

He notes that the department is considering this recommendation, and has already updated the portion of its selection and hiring standards.

"To the average citizen, who many only pay attention to news headlines, it would appear that SPD had two newsworthy cases of misconduct only three months apart which could easily be averted should SPD release community impact cases to the public in a timely manner," Logue writes. "This will foster trust between the public and SPD and signal to the community that SPD's leadership will act accordingly when these instances arise."

Update the use of force policy
Some local uses of deadly force have sparked debate over the distinction between when an officer is permitted to use force and when it's necessary, Logue writes in the annual report. A discussion for how exactly to rework SPD's policy is ongoing.

"Catalysts for policy change should not hinge on whether the prosecutor decides to bring charges on an officer," Logue writes. "Policy directs training, which in turn affects culture. Police departments that question the legitimacy of its policies and the impact on the community it serves are positively received by the community."

Logue writes optimistically about Chief Craig Meidl's willingness to collaborate on revising the use of force policy to "reduce the utilization of force, particularly deadly force, while simultaneously increasing the safety of officers within his department."

OTHER TAKEAWAYS FROM THE ANNUAL REPORT

Complaints from the community went down again
From 66 in 2016 to 56 in 2017, down from 202 in 2013. Internal complaints, those generated from within the department, remained relatively steady.

Logue says he was falsely accused of leaking documents
"An outgoing internal affairs investigator falsely accused the ombudsman of leaking internal police documents relating to the exposure of a demeanor concern within the department," Logue writes in the annual report. "Numerous investigative probes and investigative documents designed to push blame and discredit the ombudsman were conducted despite numerous oral statements and a signed written statement provided to them."

Logue believes the tension that resulted from the accusation has given him "insight into how the Police Department can operate, and it provided a clear view that the road to true transparency will be rocky."

Notably, Logue writes that the quality of internal affairs investigations have improved.

Logue wants the authority to voice his opinion
City law currently restricts the ombudsman's ability to say anything about an investigation beyond stamps of approval as timely, thorough and objective. Logue and members of City Council discussed how to tweak the municipal code in order to allow the ombudsman to write "closing reports," but that process has stalled. Changes would likely need to be bargained with the Spokane Police Guild.

"A step forward in future ordinance revisions would be to give the ability to the [ombudsman] to write reports, if we feel it would be impactful," Logue writes in the annual report. "There are times when the community is looking for answers that the [ombudsman] readily has, yet the [ombudsman] is prohibited from speaking openly on these  matters."

Wonder of wonders, Saltese Flats public area now "a reality" and other headlines 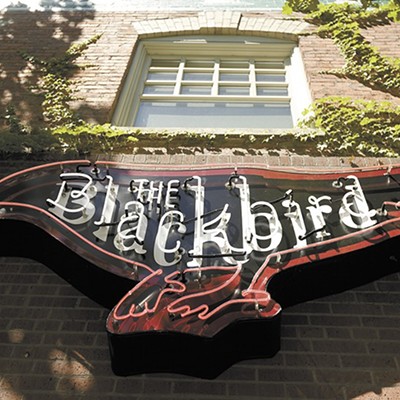