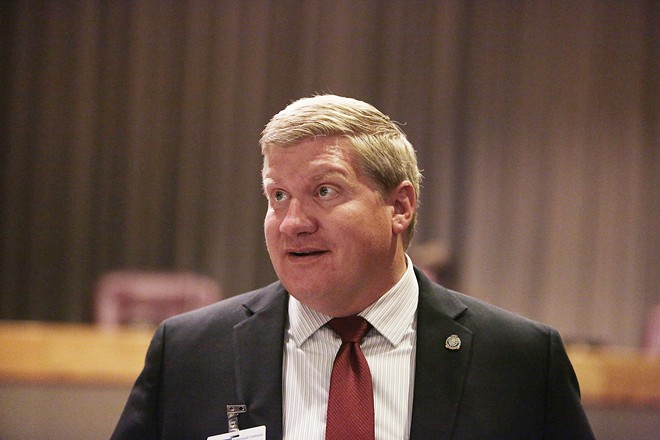 However, Bart Logue, the city's ombudsman, says he's found at least 12 cases from 2016 that were not forwarded for his review and ultimate "certification." That failure, Logue argues, "could indicate  to willfully disregard SPD policy as well as the [Spokane Municipal Code]." "When one thing is suspect, it's all suspect as far as I'm concerned," Logue says. "It comes down to whether or not I have access to internal affairs that I'm supposed to have. And I think at the beginning of this year it was clearly no."

Spokane Police Lt. Steven Braun, who was formerly in charge of the Spokane Police Department's internal affairs office, failed to deliver 12 investigations to the ombudsman, one of which included allegations of excessive force, Logue says.

Logue, in a letter to SPD Chief Craig Meidl, writes that Lt. Braun "unilaterally" decided that the ombudsman did not need to review one IA investigation that originated as a complaint to the ombudsman's office. The complaint accused a non-commissioned employee of being rude during an interaction with a citizen. Logue only discovered that the case wasn't returned for his review during a year-end audit of his office — after the 180-day timeframe for SPD to impose discipline.

Concerned, Logue then audited all internal affairs investigations completed under Braun's supervision and discovered the 11 other cases. Logue says he will not be signing off any of them.

Assistant Chief Justin Lundgren says that the investigation into the non-commissioned employee's rude attitude was not forwarded to Logue because the employee could not have been suspended, demoted or terminated, even if all accusations were true.

"This investigation did not qualify as an OPO involved investigation," Lundgren says. "By definition, those are serious violations that could result in suspension, demotion or discharge."

That may not true for at least some of the 11 other cases that Logue uncovered. An investigation into excessive force, for example, does come under Logue's authority.

In his letter to Meidl, Logue requests that SPD a "full and complete audit" of all internal affairs cases within Logue's authority, which Meidl agreed to do, Logue says.

Going forward, Lundgren adds, the department is willing to forward investigations to Logue that may not rise to the level of discipline.

"Citizens of our community must be able to trust SPD takes every complaint seriously, will treat complaints fairly, and thoroughly investigate complaints," Logue writes.

You can read the letter in its entirety below:


020217_Violation of Ordinance and SPD Policy by Mitch Ryals on Scribd