Between 1980 and 2016, the number of women locked behind bars has increased by 700 percent, from 26,378 to 213,722, according to a new report by the Sentencing Project, a Washington D.C.-based research and advocacy group that works to reduce mass incarceration. 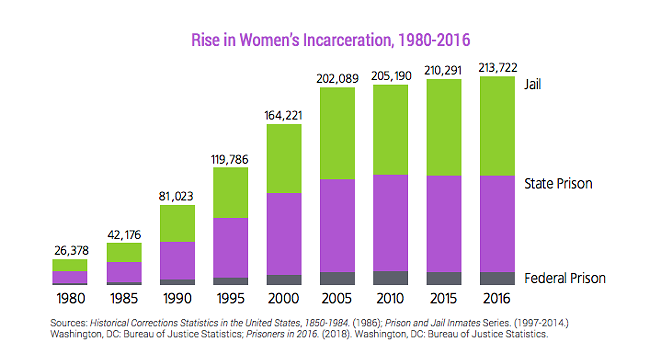 Courtesy of the Sentencing Project
Another report by the think tank Prison Policy Initiative, which is also advocating to reduce mass incarceration, identifies women as the "fastest-growing segment of the incarcerated population." A major driver of that growth, the report says, is the proportion of women held in local jails. Whereas twice as many men are locked in state prisons as they are in local jails, incarcerated women are split almost evenly between jails and prisons.

Dare to dream with Disney on Ice when it stops in Spokane this fall; tickets on sale May 22