Dare to dream with Disney on Ice when it stops in Spokane this fall; tickets on sale May 22 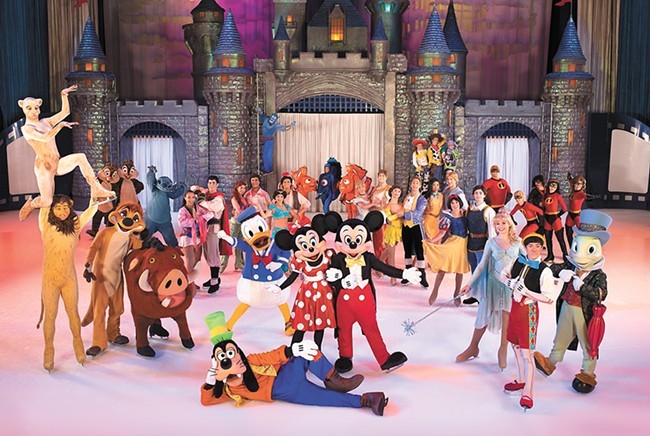 Disney on Ice packs a lot of princesses into its latest show.

Join Disney for a spectacular show on the ice, following the stories of five Disney heroines as they celebrate what's possible with the spark of courage inside us all.

Moana from the 2016 film of the same name makes her debut in the new Disney on Ice, stopping in Spokane October 18-21. Watch her as she sets out to save her island and discover her true identity while on an epic adventure with the demigod, Maui.

Belle from the film Beauty and the Beast journeys to an enchanted castle, home to intimate household objects who have come to life. While there, she fearlessly befriends them and goes on to reveal the gentleness of the house’s owner, the monstrous Beast. Frozen princess Anna embarks her on a life-changing journey to stop an eternal winter from destroying their kingdom with the love for her sister Elsa. Also on board are Rapunzel, Cinderella and other friends from the Disney Kingdom.

Tickets for Disney on Ice go on sale Tuesday, May 22 at 10 am through the Spokane Arena box office and Tickets West outlets, with prices ranging between $19 and $46.