Teen ordered to pay $36 million for wildfire, Pend Oreille flooding to get worse and other morning headlines

Stabbed man identified
The man stabbed to death last week has been identified as Corey Ward, a cook at Manito Tap House on the South Hill. A suspect in the stabbing has not been arrested yet. (Spokesman-Review)

Meter monitoring
Soon, Avista customers in Washington can track their energy use within a 24-hour period. The so-called "smart meter" system will allow customers to sign up for alerts if their energy use begins to exceed their average consumption. (Spokesman-Review) 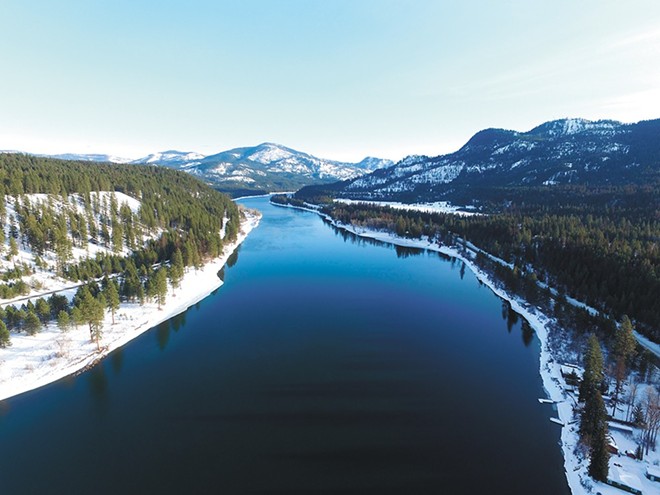 Keith Campbell photo
The Pend Oreille River between Ione and Cusick off Highway 20.
Flooded with bad news
The flooding is continuing in the Inland Northwest, northeast of Spokane and into North Idaho. The flooding of Pend Oreille River, which already is seeping into people's homes, is only expected to get worse. (KXLY)

The price you pay
The teen who started the destructive Eagle Creek Fire that swept through the Columbia River Gorge has been ordered to pay back over $36 million in restitution. The payment would go toward the U.S. Forest Service and Oregon Department of Transportation. Oregon state law allows payments to stop after a decade if a juvenile completes probation, doesn't commit new offenses and pays on time. (Oregonian)

Trump trade
The trade talks with China have been muddled by infighting within the Trump Administration. The mixed messages within the administration and broadcast to the country have weakened the U.S. position in the talks, the New York Times reports. (New York Times)