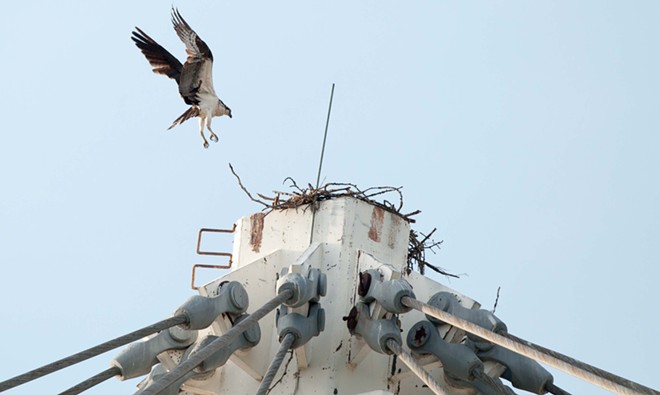 Daniel Walters photo
Pavilion Osprey coming in for a landing.

The family that ospreys together stays together
There's definitely an osprey family living on the top of the Riverfront Park Pavilion. But do they want it covered or uncovered?
click to enlarge 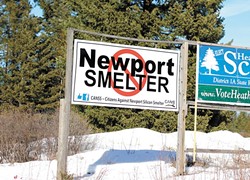 Who smelt it dealt it
Anti-smelter groups file a lawsuit against Pend Oreille Public Utility District and the company behind a proposed Smelter near Newport.

“Pend Oreille County tax paying citizens had to file a legal complaint against their county in order to have a voice regarding life-altering decisions made by those whom they felt were trustworthy by voting them into public office,” says CANSS Chair Deborah Barker, in a news release about the suit. “Pend Oreille County sold property to the PUD, with full-knowledge that it would simply be passed-through to HiTest by the PUD for the planned smelter.”

EnVision Spokane
Spokane receives an "EnVision Center" designation from HUD, intended to connect low-income people with resources they need to get off federal aid. (Spokesman-Review)

Turn that NIMBY into a YIMBY
Shawn Vestal says that if we want more affordable housing, we have to be willing to live next to it. (Spokesman-Review)

G8 keepers
Trump wants Russia, kicked out of the Group of Eight for invading Crimea, back in the club. (New York Times)