ARTS & CULTURE: Cedric the Entertainer and his openers put on a hilarious show in North Idaho last week, drawing laughs from the most racially-diverse audience Dan Nailen has ever seen in the Inland Northwest.

FOOD/FOR FUN!: Need somewhere to take the doggo during the dog days of summer? Here's a list of some pup-friendly places where you both can relax and grab a drink or bite to eat.

MUSIC: Here's why downtown Spokane is bound to be filled with Juggalos on Aug. 14.
click to enlarge 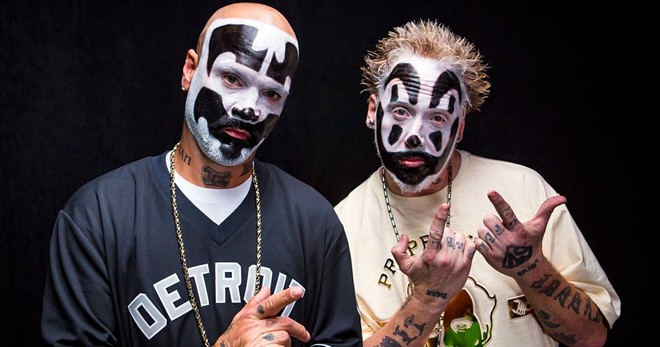 NEWS: Foster families around Spokane have become the new homes for two dozen unaccompanied refugee minors and youth who've received asylum from Central American conflicts. But while there is likely the support to house more here, the numbers of refugees being admitted to the country has slowed dramatically in recent months.

Liberal D.C. is swiping left on young Trump employees
In its current issue, Politico Magazine dives into the world of dating (or, trying to) for young people who've worked for the Trump administration. From all caps messages asking why they're racists after a match Googles their name, to figuring out just the right way to hide their affiliation until they can reveal it in hopes the other person has seen they aren't a total monster, the millennial Trump crowd has had to get creative in a city that only gave him 4 percent of its vote. (Politico)

Casualties of a trade war
Harley Davidson announced it will have to start making more motorcycles outside the U.S. to avoid steep price increases from recently announced European Union tariffs of 31 percent, which in themselves were a response to U.S. tariffs announced earlier this year.  (New York Times)

Florist case bounced back to Washington
For now, the Supreme Court has declined to hear a Washington case involving a florist who refused to provide flowers for a gay wedding, asking that the state review the case for anti-religious bias that the court recently ruled was an issue in a similar Colorado case. (Associated Press)

Another record for WSU
This fall, a record-high number of freshmen will take to Washington State University's Pullman campus. (KXLY)

Connecting rural communities with whatever they need
From digging graves to setting up broadband, rural telecom companies provide a variety of services for the small populations they serve in Washington. (Seattle Times)