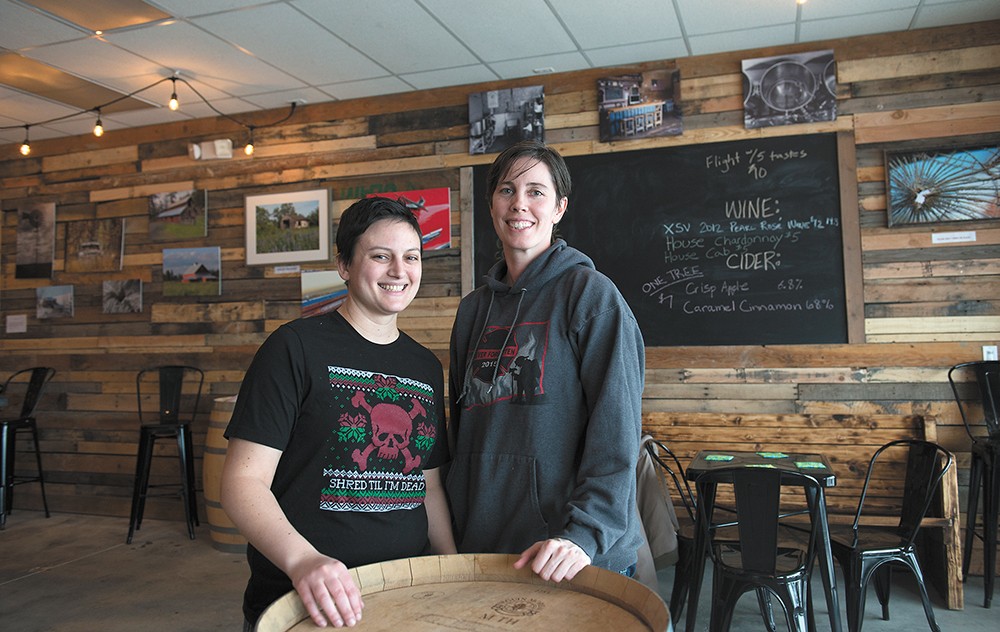 If there's any downside to the new location of Spokane Valley's Badass Backyard Brewing,

it's the loss of the namesake backyard where owner Charlene Honcik and head brewer Kendra Wiiest established their brewing acumen back in the summer of 2015.

The trade-off with the move to their new spot, though, means more parking spaces, a bigger taproom and a walk-in cooler with room to store a lot more beer than the old spot. Regulars followed the Badass brewers the scant few blocks they moved to a high-visibility strip mall on Argonne Road, but Honcik admits that some of the folks do miss the old lawn space since they moved in October.

"They do say they miss the old backyard," Honcik says of the visitors who drop by to sip signature brews from their half-barrel system, like the Adrenaline Seeker IPA and Big Air Black Stout. "It was so homey back there."

The former shoe store where they now pour is pretty homey, too, albeit completely indoors. The beers are still brewed in the old home that housed the former taproom, but the backyard's wood fence planks now line part of one wall, and an old bell rung for tips that originated from Honcik's grandparents' horse farm hangs from a wall, behind the bar that now can seat a dozen or so guests instead of the four or five who could belly up at the old spot. A few barrels-turned-tables made the move as well.

Besides the obvious benefits of a larger taproom and more parking, the real benefit for Badass is behind the scenes, with the giant cooler the pair built to house their kegs.

"Having the cold room with handles in the wall is really great," Honcik says.

One of those handles is dedicated to a home brew; Honcik and Wiiest got their start brewing at home and only recently quit their day jobs as 911 operators to do Badass full time. "We're all about building from the ground up," Honcik says.

That ground just got bigger and better, even if there's no grass in the Backyard anymore. ♦