A disabled woman died from drinking vinegar given to her by an Aacres Spokane employee, but the state won't name who's responsible 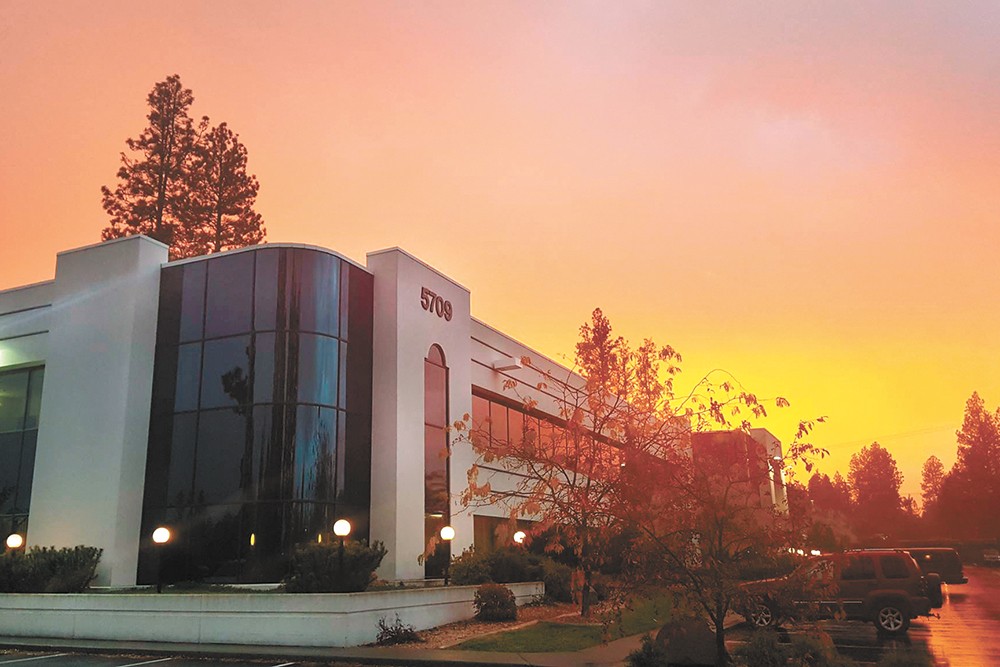 A disabled Spokane woman arrived at the hospital in February with her insides burning.

She was wheeled in around 8 am by two employees of Aacres Spokane, which provides supported living services. They carried a half-full jug of laxative solution, as she was supposed to be there for a colonoscopy appointment. But something was wrong. The jug should have been empty. And worse, the 64-year-old woman was wheezing, slurring her words and bleeding from her rectum, according to medical records dated Feb. 27, 2019.

The Aacres employees thought they knew the problem, records indicate. When they picked the woman up that morning to go to the doctor, they saw that the laxative solution wasn't empty, even though the overnight shift reported giving it to the woman. Then they found an empty bottle of Heinz cleaning vinegar on top of the recycling bin, according to state Department of Social and Health Services (DSHS) records.

But by the time Aacres staff told the hospital that the woman may have drank the vinegar, it was too late. The woman was sent to the emergency room. She was turning blue, and her pulse was fading. Within minutes, she was dead. An autopsy later confirmed she died of an "irreversible death of tissue" and "inflammation" of her esophagus, stomach and small bowel, due to the accidental ingestion of vinegar.

The woman's death prompted an investigation by DSHS that not only describes the account above of how an Aacres Direct Support Professional gave a woman a jug of vinegar instead of laxative solution, but also how Aacres staff failed to report what happened to the state despite being mandatory reporters of potential abuse or neglect. As a result, DSHS cancelled its contract with Aacres for in-home services two weeks ago, and last week cancelled two more contracts with Aacres — impacting 117 clients — due to what the state says is noncompliance with laws and regulations.

Still, the state refuses to answer basic questions about her death. DSHS denied an Inlander records request for names of any employees involved. And it won't say if there was any state-sanctioned discipline of the employee who gave the vulnerable woman vinegar that ended up killing her.

Kristina Hammond, who leads the Lutheran Community Services Elder Justice Project, says agencies may be tight-lipped about the situation as they conduct investigations. But she says the public should know when something like this happens.

"I definitely think people should know what's going on," Hammond says. "The more the public knows, the more they can help their loved ones."

But six months since the death of the woman, it remains a mystery who is being held accountable.

When Betty Schwieterman, head of the Office of Developmental Disabilities Ombuds that oversees services to people with developmental disabilities, first read the DSHS report explaining how a woman died by ingesting vinegar, she was shocked.

"I can't even imagine how that happens," she thought.

Neither could other Aacres employees. While nobody thought any harm was done intentionally, an employee identified in the DSHS report as the house manager claims they showed the night shift employee the correct container for the laxative solution. A separate employee said the two jugs looked "nothing alike." The vinegar was clearly labeled: "Heinz All Natural Cleaning Vinegar, Special Cleaning Strength," with 6 percent acidity.

The staffer who administered the fatal dose of vinegar, and who is unnamed in the DSHS report, admitted they did not read directions left on the white board on how to administer the client's medications and did not read the label, the report says.

There don't appear to be any criminal charges. DSHS says the Spokane Police Department was notified of the death but wouldn't offer any further information. The Spokane Police Department, however, has not been able to confirm if they received any information on a case like this. And the Spokane County Prosecutor's Office tells the Inlander they have had no cases fitting the description of the incident in the last six months.

The employee who gave the woman vinegar was fired due to "violation of the medication administration policy." Three other staffers were given warnings for not properly administering medications. But Robert Efford, CEO of Aacres parent company, Embassy Management, doesn't know of any criminal proceedings.

"Medication errors do not require a police report," Efford says in an email. "We collaborate with law enforcement as requested on any matters they request our cooperation, but at this time we don't believe there is a criminal complaint against this former staff."

Hammond, who assists vulnerable adults through the legal process for Lutheran Community Services, says it generally shouldn't matter if it's in the medical field or not. A crime is a crime.

"It's supposed to go along the lines of any crime," Hammond says. "If it meets the definition of an assault — whether it's an elderly or disabled person — it shouldn't be any different."

Meanwhile, Adult Protective Services, which investigates reports of abuse, abandonment and neglect of vulnerable adults, says it can't confirm or deny the existence of any investigation. And the Department of Health, which conducts medical investigations, wouldn't confirm if there's any investigation without a name of an employee, which DSHS won't offer.

Efford says of Aacres that "we are all personally distressed" by the death of the client "and the allegations made."

"We don't believe that the errors made by one staff trained in proper procedures represents the excellent work of hundreds of excellent staff members who provide caring support each and every day to those we serve," Efford days.

It's not just this tragic incident that's responsible for DSHS cutting its contracts with Aacres.

Embassy Management used to run S.L. Start & Associates, another supported living provider, until DSHS revoked its license last year. Many of those clients were then placed under the care of Aacres Washington. But in addition to the woman's death earlier this year, DSHS found incidents of "isolation and mental abuse" of clients that were not reported, in addition to other issues with medication administration.

When asked about this, Efford points to a high turnover rate facing human services across the nation, which he calls a crisis.

"It's very difficult to drive high quality, consistent outcomes when providers may turnover their entire direct care workforce every 18 months," he says.

Schwieterman, head of the Office of Developmental Disabilities Ombuds, says her focus now is on ensuring clients affected by the terminated contracts can find a different provider.

"We're concerned, and we want to push to make sure that every person knows they're going to have a provider," she says. "It's very uncertain times." ♦

The original print version of this article was headlined "State Secrets"