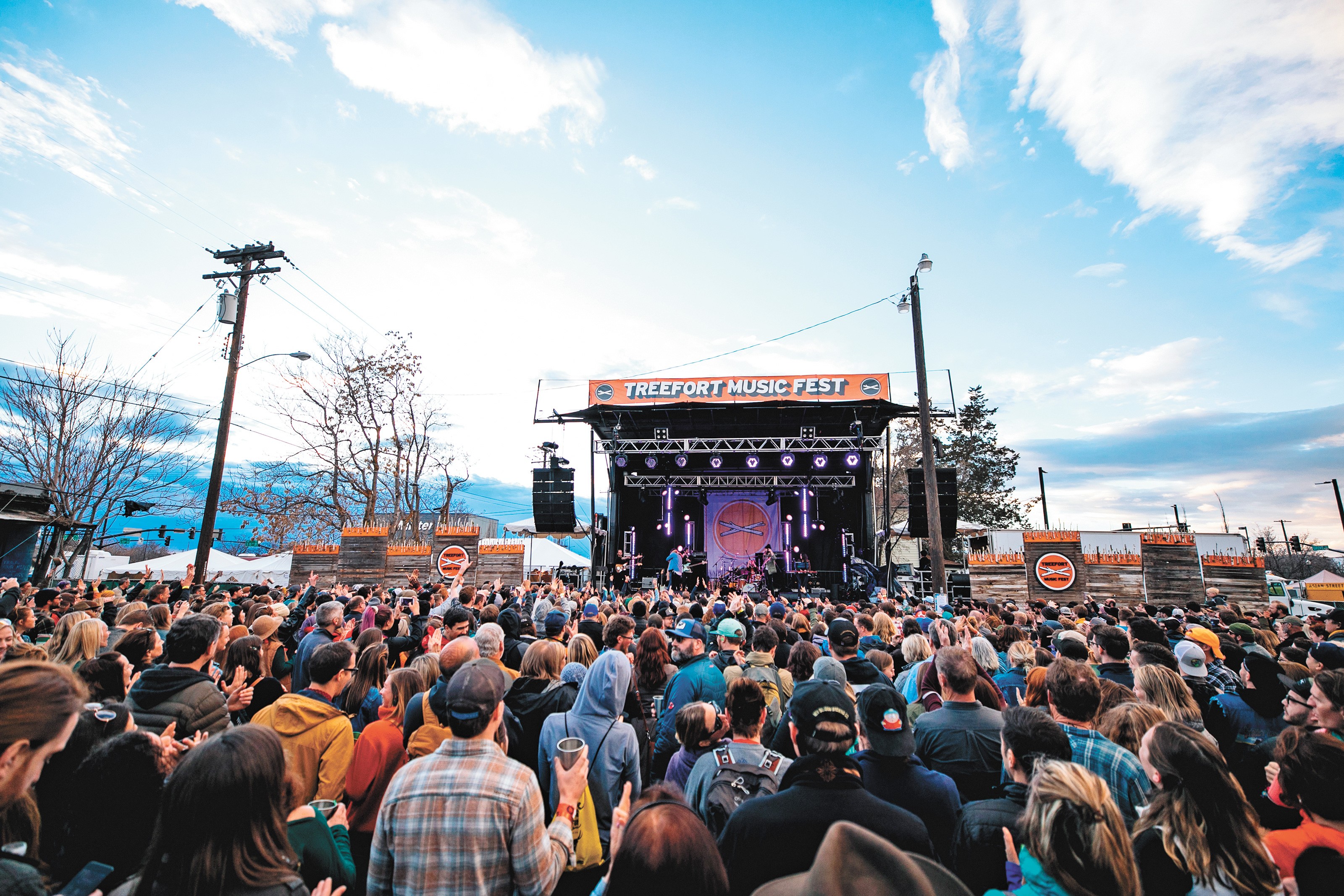 Two summers ago, in the before times, some friends and I loaded up a couple of cars and wandered a few hours in mid-July to Whitefish, Montana. More specifically, to a ranch just outside town for the inaugural Under the Big Sky music festival, which offered a blend of indie cool, retro country and assorted artists that all bring at least a touch of twang to their songs.

The festival roadie is a staple of summer, whether you're into DJs and electronic music, metal, country, or jam bands. And just as our local concert scene is coming back to life, slowly, as this summer progresses, the region's festival circuit is welcoming fans to amphitheaters and ad hoc venues alike. Not every annual festival is back on its feet just yet, but there are plenty of options not too far from the Inland Northwest, and it's not too late to get tickets and make a musical getaway.

Under the Big Sky (July 17-18)
The first edition of this festival was pretty slick. Fewer than 10,000 fans spread across two days at the Big Mountain Ranch outside Whitefish to listen to the likes of Jenny Lewis, Band of Horses and Dwight Yoakam. The food and beverages leaned local, which was great, and there were even little rodeo sessions to pass the time between bands. After a COVID delay in 2020, the festival is back with a lineup that includes country-rock big timers like Jason Isbell, Emmylou Harris, Tyler Childers and Lucinda Williams, and killer young acts like Shovels & Rope, Orville Peck, Mandolin Orange (now going by Watchhouse) and Brothers Osbourne. underthebigskyfest.com

Red Ants Pants Festival (July 22-25)
Over toward central Montana in White Sulphur Springs, the good folks at the Red Ants Pants Festival have been throwing one hell of a party every summer since 2011, and the fest is part of a nonprofit organization, Red Ants Pants Foundation, dedicated to women's leadership on working family farms and ranches in rural Montana. Beyond the good cause, though, the fest just delivers great music every year, mostly from the country and folk realms. This year's main stage artists include Taj Mahal, the Mavericks, the Lone Bellow and Lucero. redantspantsmusicfestival.com

Rocking The Rivers (Aug. 12-14)
Lest you think Montana is all about country (or at least country-tinged) music, fear not, there are plenty of headbangers in Big Sky country, too. The Rocking The Rivers festival annually brings a blend of hard-rocking bands and tribute acts together for a long weekend of throwing up the ol' devil horns (and probably throwing up a lot of Coors Light along the way). This year's lineup includes Southern rock (.38 Special, Georgia Satellites), old grunge and alternative rockers (Candlebox, Lit), tributes to Iron Maiden and Judas Priest, even some Christian rock (Skillet). And let me be the first to suggest it's no coincidence Guns 'n' Roses are playing Missoula on Aug. 13, and their original drummer Steven Adler is playing this festival on Aug. 14. Maybe there's a reunion in the works, at least for a night? rockintherivers.com

Weiser River Music Festival (June 24-26)
This festival northwest of Boise came across my radar because of the headlining Del McCoury Band, simply one of the best bluegrass groups to ever grace a stage. Del's career goes back to when he played with Bill Monroe, and his sons are incredible players, too; they back him and have their own crew also on this bill called the Travelin' McCourys. Rounding out a stellar lineup are Keller Williams, Pixie and the Partygrass Boys, Scott Pemberton and more. weiserrivermusicfest.com

Treefort (Sept. 22-26)
The long-delayed Treefort Music Festival is finally back on track, and it's got a killer lineup of indie-rock (and then some) including Japanese Breakfast, Felice Brothers, Calexico, Larkin Poe, Tennis and much more. No fewer than 350 bands will descend on Boise for this bash, and you can bet there will be a lot of pent-up energy exhibited. I can't think of a better way to send off summer, and a bunch of the Inland Northwest's finest are part of the bill, including Trego, Jango, Itchy Kitty, Bad Motivator and Windoe. treefortmusicfest.com 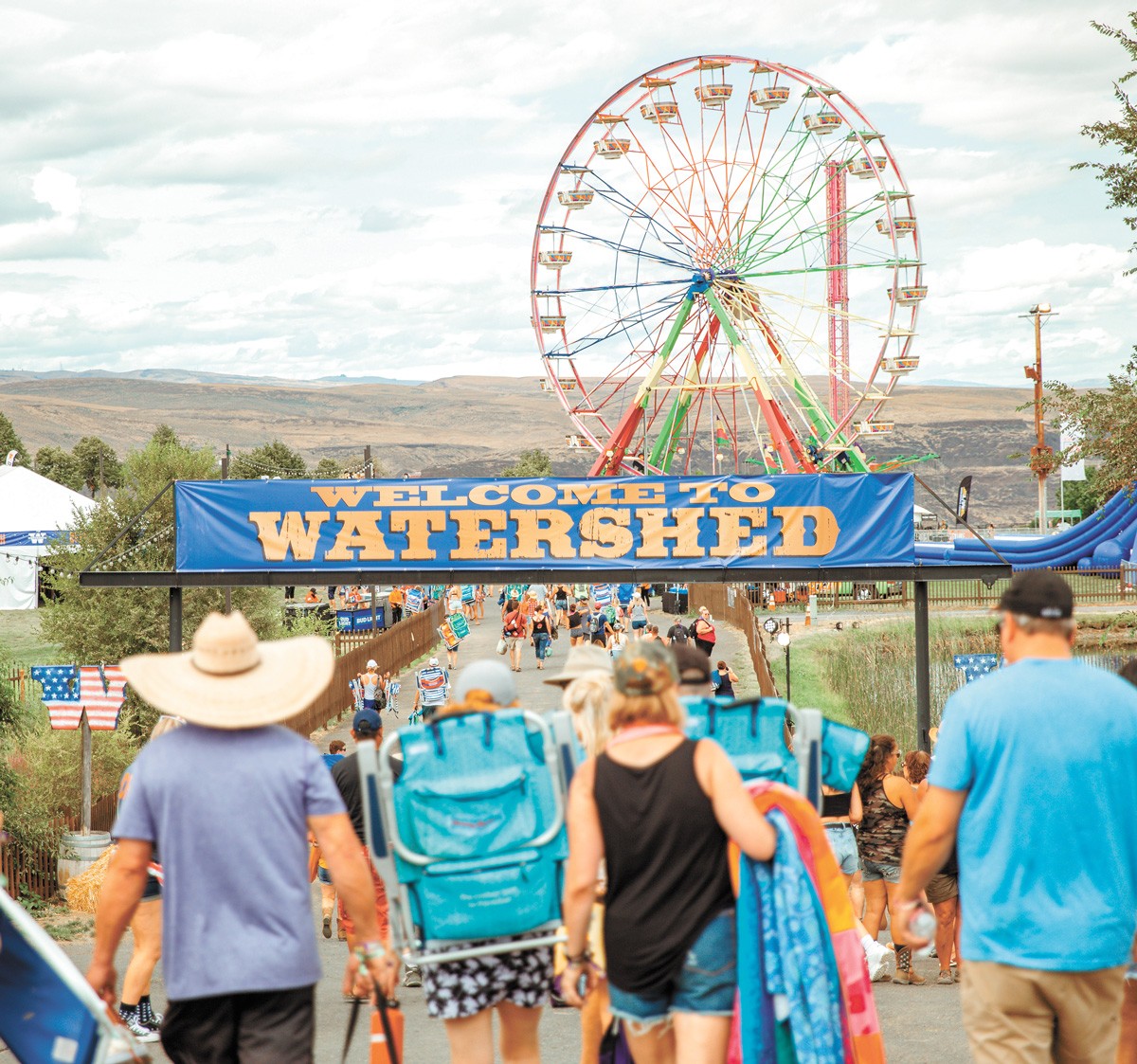 Watershed photo
Hydration is key to this mid-summer bash.

Watershed (July 30-Aug. 1)
OK, we might be stretching the definition of "road trip" to include the Gorge since it's just a couple hours west of Spokane, but when you take part in the festivities at Watershed (or any other show there, really), you're probably better off spending the night rather than driving home after. This massive celebration of mainstream country music typically sells out, and this year's lineup will probably inspire that to happen again. Thomas Rhett, Tim McGraw, Kelsey Ballerini, Dierks Bentley, Ashley McBryde and more are sure to pack the Gorge with fans ready to make up for a lost year. watershedfest.com

Bass Canyon (Aug 20-22)
I'm going to guess there will be few folks who hit both Watershed AND Bass Canyon at the Gorge. This three-day throwdown brings a slew of big-time DJs and thousands of electronic music fans together at one of the most stunning venues in the country for a colorful explosion of big beats and, one would imagine, a lot of psychedelics. But I'm just guessing that based on one of the big names on the bill being LSDream, who will be joined by the likes of Black Tiger Sex Machine, 12th Planet, Boogie T and many more to provide the soundtrack to whatever trip you're on. Basscanyon.com ♦

The original print version of this article was headlined "Road Trip!"