Urban legend or not, turning the age when many famous musicians have died really makes you think about adulthood and the frailty of life 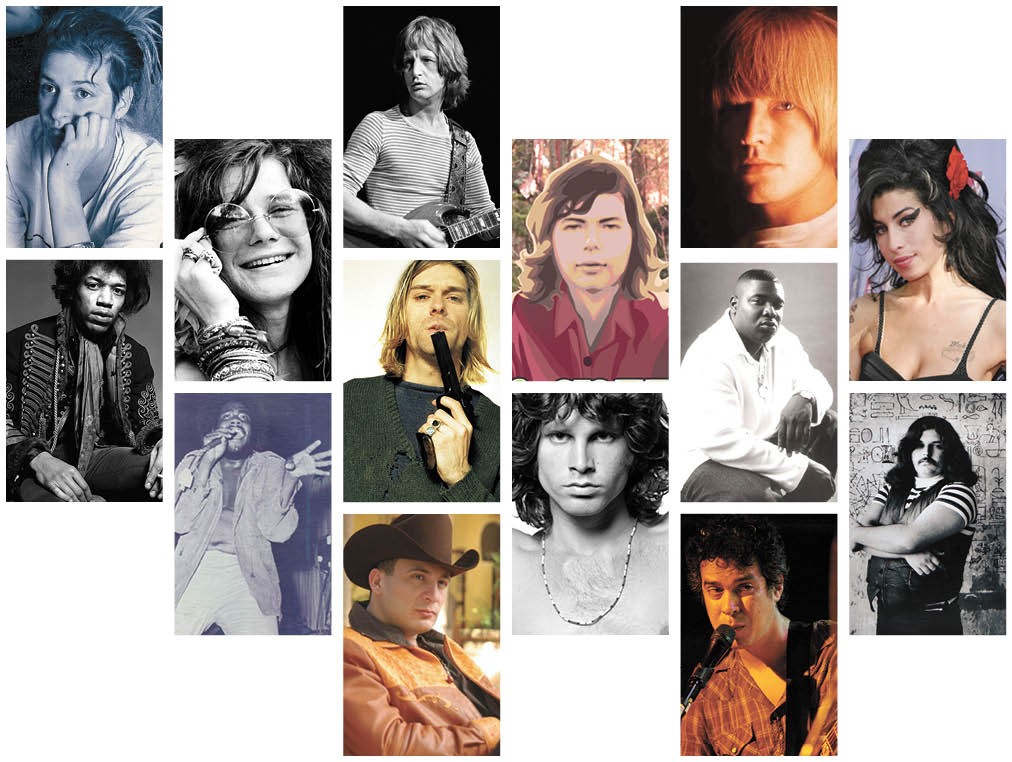 — From "Serve the Servants," from Nirvana's final album, In Utero

There's not much to worry about: I'm not yet a famous musician, completely suicidal or a drug addict. But when April 5 rolled around this year, it still gave me pause. Twenty years ago, April 5 was the day Kurt Cobain took his own life at 27. This year, it was the day I turned that same age. It's not like I imagined a lightning bolt striking me down at midnight; most people turning 27 are just fine. Yet the whole ordeal just made me feel old and, worse, contemplative.

The age of 27 has some mystical aura around it for musicians. Between 1969 and 1971, Janis Joplin, Jimi Hendrix, Jim Morrison and Brian Jones, freshly kicked out of the Rolling Stones, would all die at 27. All had drug habits and controversy surrounding their deaths. But it wasn't until Cobain died in 1994 that the 27 Club was popularized.

There wouldn't be a damn club if there weren't some sort of truth to it. Bluesman Robert Johnson succumbed at 27. Lesser-known musicians from the bands Hole, Minutemen, the Mars Volta, Badfinger, Manic Street Preachers, the Stooges and Grateful Dead also died at 27. In 2011, after much-publicized issues with drugs and hair-raising assault charges, Amy Winehouse died at 27. But for every young, hot musician who sadly died at 27, there's a musician who died at 26 (Otis Redding) or 28 (Bradley Nowell of Sublime).

A 2011 study published in the British Medical Journal found that while famous musicians have a tendency to live harder and shorter lives, there isn't a higher probability of them dying at 27. However, the musicians sampled had to have topped the UK charts, leaving out quite a few club members.

Spokane musicians have died entirely too young as well — including Isamu Jordan (37) of Flying Spiders and singer-songwriter Dax Johnson (30) — just not exactly at 27. The truth remains that it's terrible. All of these artists had so much to live for. Today, the average American life expectancy is 79.8 years of age. That's what it's supposed to be.

Twenty-seven doesn't mean what it once did. In the early 1980s, my parents were considered old for getting married at 25 and 28, respectively. Today, in the millennial generation, at 27 it's relatively normal to still be living in your childhood bedroom while trying to find a job in your field of study — not so much contemplating wedding vows.

Unbelievably, I've now been on the planet the same amount of time as Cobain and the rest. They were full-blown adults, some with children and marriages and past military careers. When I study their pictures, they still look way older than me, imperfect but so mature. But as much as I wrestle with aging, the world does not need another frivolous 20-something.

As morbid as it sounds, a person can easily not wake up tomorrow. A person can just die. A human being will always eventually die, sometimes at 27. But if we thought like that every day, no one would ever get out of bed. Instead, we choose life.

God willing, I'll get through this year relatively unscathed — a full-blown adult at 27. ♦