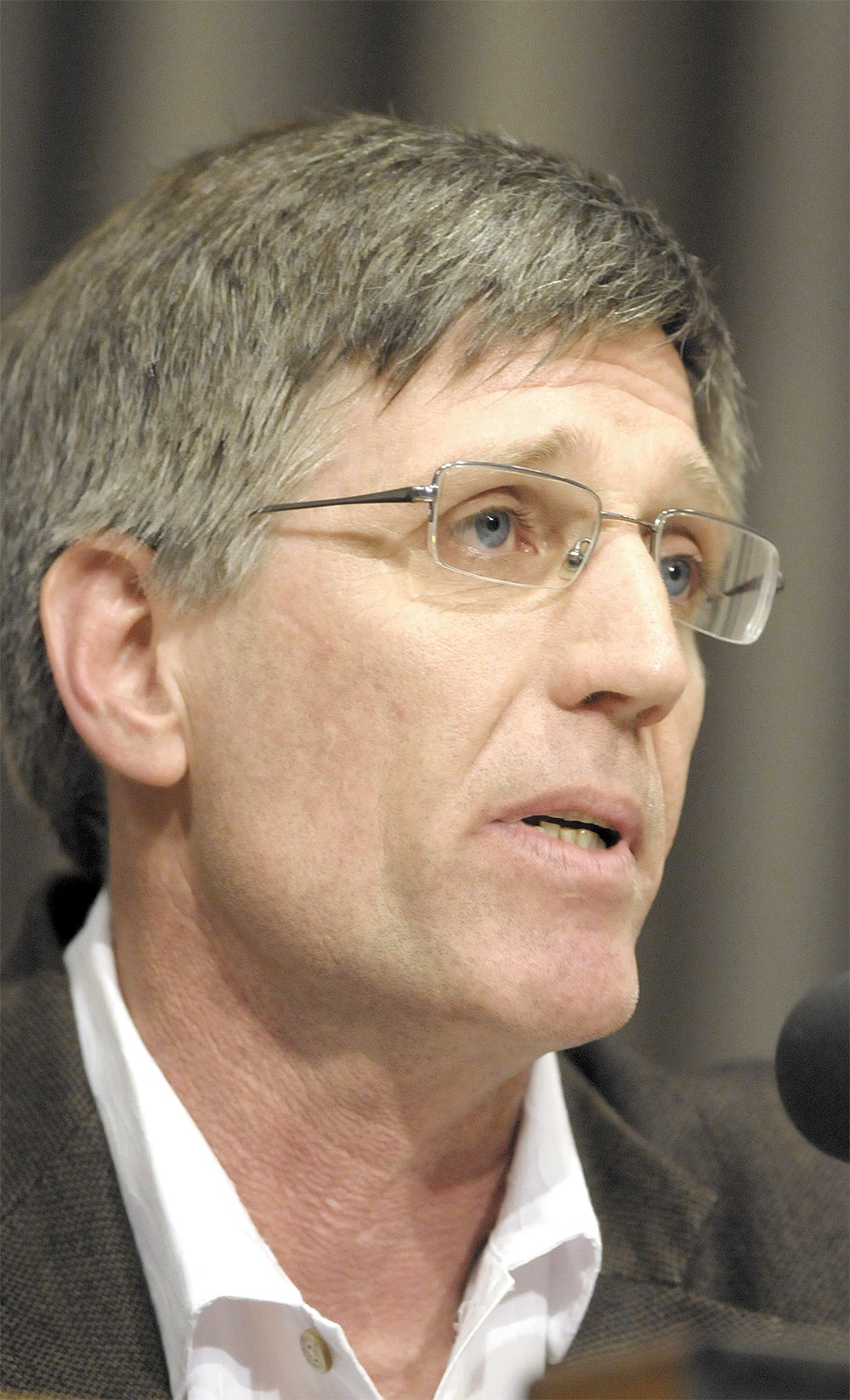 Rep. Timm Ormsby, D-Spokane: "I have not found any causal link between the death penalty and recidivism."

It's an issue of life and death, but you wouldn't have known it by listening to the assembled legislators and citizens talk.

The March hearing in front of the Washington state House Judiciary Committee was all official-sounding sentences and professional courtesies. The formality glossed over the raw emotion of this discussion of death and justice and capital punishment. More than 21 representatives — including one Republican — sponsored House Bill 1504 to repeal Washington's death penalty. Former GOP Gov. Dan Evans prepared a written statement in support of repeal and about 20 citizens attended, giving their testimony in support of repeal. No one testified against.

Although pro-repeal activists paint the issue as clear-cut — a practical economic decision — the issue remains in many ways an ideological one. As last year's hearing highlighted, plenty of vocal and organized support exists for repealing the death penalty. By contrast, there's little or no organized pro-death penalty support. But that isn't to say there is no resistance.

"You get passive dismissal from the pro folks," says Dick Morgan, retired director of Washington's Division of Prisons and a board member of the Washington Coalition to Abolish the Death Penalty. "A lot of times you will get, 'Oh that's what the people want,' but we don't really know, because the majority of the people haven't voted on it."

That is the crux, and hope, of the repeal argument. Washingtonians voted to reinstate the death penalty in 1981, and since then there have been no other votes. The same bill from last year is back on the agenda for the coming legislative session and has backers in all four caucuses.

Rep. Timm Ormsby, D-Spokane, one of the sponsors of HR 1504, says his support is primarily based on the greater cost of death-penalty cases and that the threat of execution doesn't clearly deter crime.

"I have not found any causal link between the death penalty and recidivism," Ormsby says. "I've not seen anything. In fact, I think that the reverse could be said, that we create a culture of violence."

Many activists steer clear of painting the issue in moral tones, instead preferring to frame it as a rational decision focusing on the "facts."

"I would just urge people to just look at the facts, regardless of what your morals are on this issue," says Holly Ballard, outreach coordinator for the Washington Coalition to Abolish the Death Penalty. "The policy, as it exists, is not working, and we believe it's not fixable."

That's why the Washington Coalition to Abolish the Death Penalty is fighting for repeal, partnering with the American Civil Liberties Union of Washington under the umbrella of the Safe and Just Alternatives Campaign. Despite growing national momentum, the bill is unlikely to go anywhere this year, says Shankar Narayan, ACLU of Washington's legislative director. This is due in large part to Senate gridlock. At the earliest, he says, the bill has a chance of passing in 2015. Until then, he says, it's important to simply raise public awareness.

These sorts of financial considerations motivate Morgan. In 2010, he retired after nearly 35 years working in Washington state prisons — 26 spent at the penitentiary in Walla Walla, where all executions are carried out in Washington. Although he won't discuss specifics (per prison regulations), he says that during his career he was present for three executions.

In testimony given in March, he relates how, as director of the penitentiary during the 2008 recession, he was asked to close prisons and lay off employees — a move that, he says, showed him the needless expense of death row. It was the waste of state funds, more than any moral argument, that truly convinced him.

Repeal groups share many of the concerns voiced by pro-death-penalty lawmakers. However, for them the key issue is justice. Rep. Brad Klippert, R-Kennewick, says the process takes too long and puts victims' families through too much emotional trauma. Instead of abolishing the death penalty, Klippert believes the whole process should be streamlined. Although he hasn't done this, he suggests reaching out to the courts and the judicial system to see how the process could be expedited.

Part of the problem, Klippert says, is that pro-repeal activists don't truly understand the horrendous nature of these crimes.

"I worked as a police officer full time, and I've seen the horrible, heinous things that people do to other innocent people," he says. "For them to say that this would be cruel or unusual ... well, they need to understand the absolute horrible, heinous crimes that [death row inmates] committed."

Klippert says there is little organized pro-death-penalty support because the push to repeal is not a true threat. When and if more momentum builds for the bill, he says, pro supporters will emerge.

Rep. Reuven Carlyle, D-Seattle, has introduced legislation to repeal the death penalty for the five years he's been in office. Although he believes the capital punishment is ineffective and costly, his primary objection is that it's wrong.

"I think the death penalty is below us as a civilized society," he says. "More than anything, we've reached a tipping point, where the data is overwhelming that this is not achieving a meaningful public policy objective. It's a vestige of an old era."♦