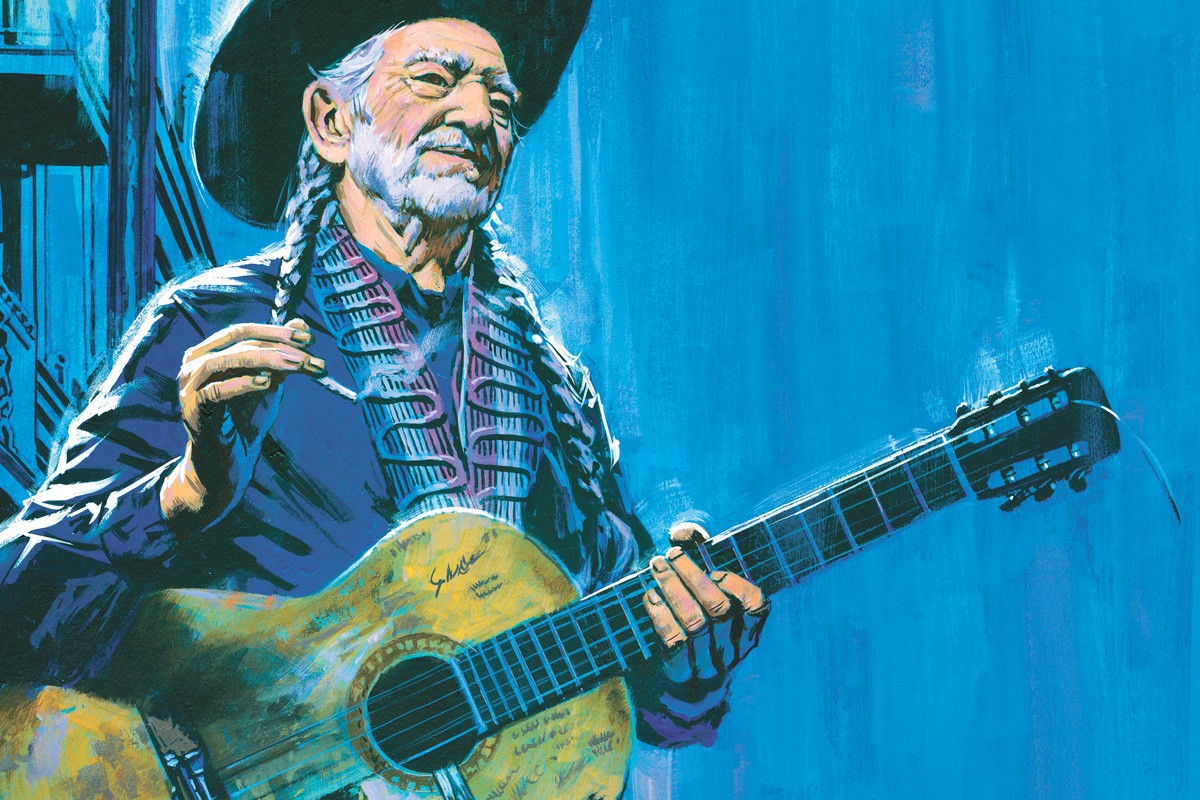 After many album delays in the early days of the pandemic, artists picked up the pace in delivering new music once they realized fans would be stuck at home for a while. Here are some of the prominent releases coming in the next few months, including the ones we're most excited about:

The grim truth is that, at 87, Willie Nelson is not going to be around to give us new music and concerts a lot longer. But his first set of Frank Sinatra songs, 2018's My Way, was a potent and pleasing set of jazzy covers, and I imagine this second edition of Willie's tribute to Ol' Blue Eyes will be just as winning. Nelson's always had a way with picking killer covers, tackling everything from Cole Porter and Bing Crosby to Ray Price and Bob Dylan in ways that made their songs his own. Dylan is a pretty good comparison, having released his own Sinatra tribute in 2015, but I'll take Willie's versions. His voice is one of the all-time distinct instruments in American music, and his longtime Family Band gives the Sinatra tunes just the right amount of swing. (DAN NAILEN) 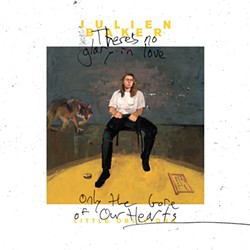 Little Oblivions will mark Memphis-based singer-songwriter Julien Baker's first full-length solo release since her 2017 breakthrough, Turn Out the Lights, and it'll be interesting to see what kind of sound it adopts. We've gotten some hints: Baker has put out two singles from the album — "Faith Healer," released back in October, and "Favor," dropped just last week — and they suggest a tone and style akin to boygenius, Baker's terrific collaboration with Phoebe Bridgers and Lucy Dacus (who also appear on the "Favor" single). The sound is fuller and more experimental than the spare folk of her earliest releases, which makes this an intriguing next step in the career of one of the most exciting young artists working today. (NATHAN WEINBENDER)

I can't lie: I haven't given Suzi Quatro much thought since I stopped watching Happy Days reruns years ago (she played badass bass player Leather Tuscadero). But reading Kathy Valentine's book about life in the Go-Go's reminded me just how influential Quatro was to young women rockers back in the '70s and '80s. Here's the thing, though: Quatro never stopped writing and recording. She just found more success overseas than in the U.S. Listening to some tracks of this new one, I'm not sure why that is. The Michigan native is in fine, rocking form at 70 years old, delivering seriously effervescent ear candy full of solid riffs on songs like the title track, "Hey Queenie" and "Do Ya Dance." I find myself searching for old-school rock often, and I'm looking forward to this one to deliver. (DN)

CHEAP TRICK, IN ANOTHER WORLD (April 9)

Need another reason to curse the pandemic? As business for touring musicians has ground to a halt, we're missing out on what might be the final years some of the best classic rock bands have left to do their thing. Cheap Trick is the definition of "classic rock," and even though they'll play anywhere from arenas to state fairs to casinos, they're not a band coasting on their old hits. They released three albums in 2016-17, and they were strong additions to one of the best catalogs in the business. This new one will be their 20th studio album, and on the first single "Light Up the Fire," vocalist Robin Zander still sounds great. If you're thinking of picking up a new Weezer album in 2021, maybe give these power-pop pioneers a listen instead. (DN)

Ella Marija Lani Yelich-O'Connor — you know, Lorde — is only 24, and I find myself atwitter at the thought of what she's going to deliver with her third album, rumored to be arriving this year. I bought her 2013 debut Pure Heroine on a lark, entranced by the single "Royals" and after finding a deal to download the whole album for a buck. Money well spent, but it was the follow-up in 2017, Melodrama, that made me a real fan. The songs were leaps and bounds better than those on her debut, and she showed a sonic curiosity that marked her as someone with the potential to be relevant for years to come. The clips of her live shows on that tour I've seen likewise showed someone interested in pushing artistic boundaries in exciting ways. Bowie-esque, perhaps. It makes me excited to hear what direction she goes on her third effort. (DN)

Over the course of five solo records, St. Vincent, aka Annie Clark, has defined herself as one of the most intriguing musicians working today. Her last two records, 2015's St. Vincent and 2017's Masseduction, showed her fully embracing an eccentric, synth-drenched approach that has earned her comparisons to legends — from Kate Bush to Bowie to David Byrne (who collaborated with Clark on 2012's Love This Giant). But simply drawing a line from St. Vincent's style to her influences is too simplistic an exercise in describing her quirky musical personality, which is so much more approachable and emotionally vulnerable than it first appears. She's a true original. (And don't get me started on those slithering guitar lines!) In December, Clark tweeted that her newest album was "locked and loaded," but a release date has yet to be announced. Keep your eyes peeled. (NW)

SZA's 2017 album Ctrl was one of the most thrilling debuts of recent years, a bracing portrait of anxiety, sex and heartbreak that the New Jersey-based singer-songwriter had been tweaking for two years. It received some of the best reviews of the year, and earned her a coveted support spot on Kendrick Lamar's DAMN tour. Her perfectionism has reportedly created tension with her label Top Dawg, which SZA claims has delayed the release of a Ctrl follow-up that's already in the can. But late 2020 brought two new SZA singles — the Ty Dolla Sign collab "Hit Different" and the sun-dappled Christmas release "Good Day," both of which peaked at No. 3 on the Billboard R&B charts — and they're reportedly tracks from the now-mythic second album. Will we get the full album in 2021? Only time will tell. (NW) ♦

March 12 — Valerie June, The Moon and Stars: Prescriptions for Dreamers

The original print version of this article was headlined "Listening Ahead"