If you are a patriot, you will vaccinate yourself against COVID-19 as soon as it becomes available to you. In doing so, you will follow in the footsteps of George Washington, the "Father of Our Country," who rejected dangerous conspiracy theories and, instead, followed the science to protect the Continental Army from being ravaged by disease. In 1777, General Washington's bold embrace of an extensive immunization program helped to win the Revolutionary War; in 2021, simply rolling up your sleeve to receive the coronavirus vaccine will help all of us secure our freedom from the horrors of the pandemic.

Smallpox was the great killer of the 18th century. Smallpox is a highly contagious disease that is spread by face-to-face contact. Infected individuals expel tiny droplets by coughing and sneezing, which are easily inhaled by the virus's next victim. After an incubation period of up to two weeks, victims develop a high fever and a red rash on the tongue and in the mouth. The rash soon spreads across the body and develops into pustulating sores. Smallpox killed around one-third of its victims. The survivors bore telltale scars of their brush with death for the rest of their lives.

George Washington knew the devastating effects of smallpox firsthand. He contracted the disease in Barbados during his brother Lawrence's convalescence from tuberculosis on the island in 1751. The strong, 19-year-old George was fortunate to experience a milder form of smallpox. Nevertheless, it took all his strength to fight off the virus over the course of several weeks.

Washington did not soon forget his brush with death in paradise. And when he took command of the Continental Army outside of Boston in 1775, he recognized that he had to fight smallpox, as well as the British Army, to secure American independence. Unlike most British soldiers fighting in North America, many American combatants had never been exposed to smallpox. The Continental Army was a virgin population that would suffer far greater losses from a smallpox epidemic than would the British Army.

While we have the mighty arsenal of 21st-century epidemiology to help us wage our war against COVID-19, Washington faced a far more daunting task in his fight against smallpox. Modern vaccines did not exist in the 1770s, but physicians did employ a form of inoculation called variolation to try to lessen the severity of the disease. This involved implanting pustular material from an infectious patient into the wound of an uninfected person. Variolation usually spread a milder form of smallpox, building immunity to the full-blown disease. Still, variolation could claim the lives of as much as 10 percent of Washington's army.

Initially, Washington enforced a strict quarantine of sick soldiers and civilians to prevent widespread exposure in the army. By the winter of 1776, the general realized that the quarantine could only achieve so much. Washington ordered the mass inoculation of the Continental Army in Philadelphia in February 1777, an unprecedented public health program that was repeated at Valley Forge in 1778.

Words are too often planted in the mouths of the Founders by self-interested politicians, looking to hoodwink their constituents.

General Washington won his most famous victory against Great Britain at the Battle of Yorktown in 1780. But his decision to inoculate the Continental Army in 1777 made that victory possible by ensuring the defeat of an unseen foe: the smallpox virus. Washington's decision was not an easy one. Variolation was not without risk, and he feared that the British forces would learn of his plan and attack his weakened army. Thankfully, Washington's brave decision paid off.

Twenty years after Washington's mass inoculation program, Edward Jenner popularized the first vaccine for smallpox as a safer alternative to variolation. The British scientist experimented with infecting individuals with the milder cowpox to create antibodies to protect against deadly smallpox. Sadly, Jenner's experiments also inaugurated the "anti-vaxxer" movement. Based upon willful ignorance and sensationalism, popular cartoonists engaged in scaremongering by depicting cows erupting from the bodies of vaccinated patients. Sense ultimately prevailed, and the World Health Organization officially declared the eradication of smallpox in 1980.

Words are too often planted in the mouths of the Founders by self-interested politicians, looking to hoodwink their constituents by invoking the authority of Washington, Jefferson and their fellow revolutionaries. Make no mistake: George Washington was pro-inoculation. Moreover, he believed in using the power of the U.S. government to enforce quarantines and programs of mass inoculation to protect public health. It is heartening to see Vice President Mike Pence and President-Elect Joe Biden publicly receive the coronavirus vaccine. No matter what you think of their politics, they both did their patriotic duty. When your turn comes, so must you! ♦ 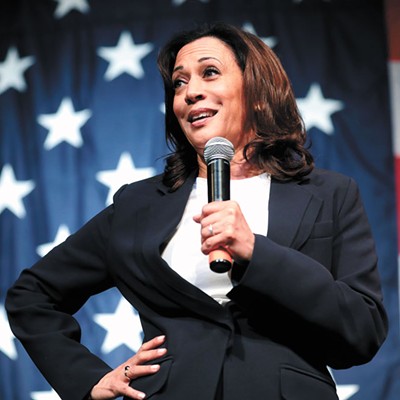