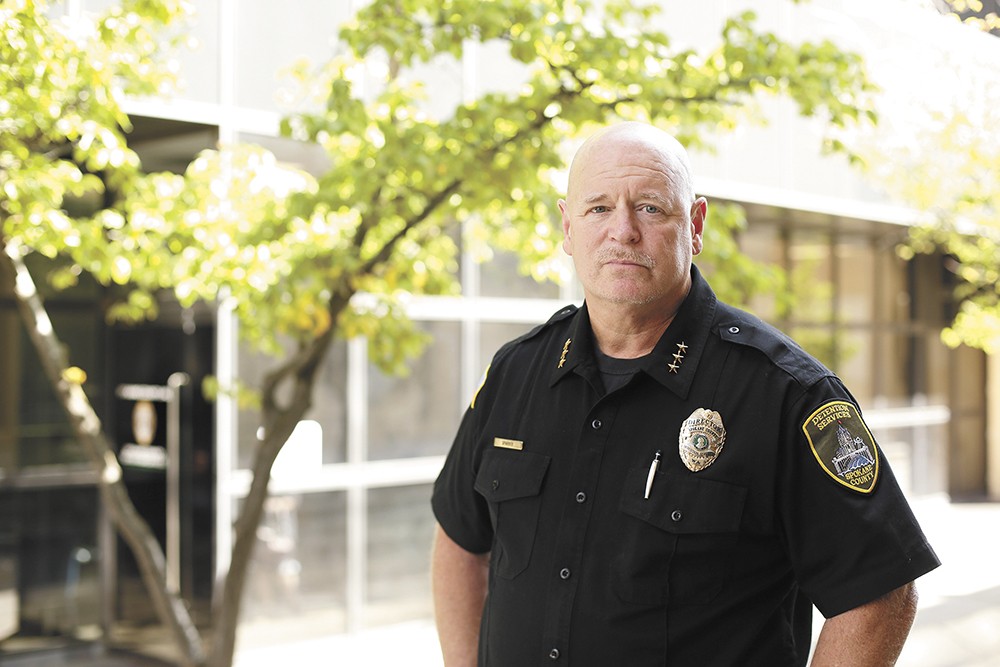 In 2013, over a dozen correctional officers at a Baltimore jail were charged in a federal racketeering indictment for helping a gang run a drug-trafficking and money-laundering scheme from inside the facility, according to Washington Post reports. The guards, prosecutors alleged, basically relinquished control of the jail to gang leaders and sex between inmates and staff was rampant.

One commonality among the guards was that seven of the 13 were hired when they were between the ages of 18 and 21. The hires were a result of a policy change in 2002 that dropped the minimum hiring age for correctional officers in Maryland to 18 from 21 in an effort to help rural jails fill job vacancies. But after the indictment, some criticized the wisdom of letting teenagers work as guards in correctional institutions where inmates often attempt to manipulate staff.

Now Spokane County officials are considering lowering the minimum age for hiring new correctional officers from 21 to 18, pointing to chronic vacancies. But some skeptics think that hiring teenagers may actually be unsafe for both jail staff and inmates. And incidents like the Baltimore jail scandal indictment serve as a grim reminder of an utter worst-case scenario where young correctional officers get compromised.

"We're strongly opposed," says Gordon Smith, a representative of the Washington State Council of County and City Employees, the union that represents correctional officers who work for Spokane County Detention Services. "Do people that young really have enough life experience and maturity to deal with [that] very challenging job and environment?

"These are concerns coming from the rank-and-file," he adds. "It's been a big topic of conversation."

For the proponents of the measure, it's a straightforward issue of supply and demand. Mike Sparber, director of Spokane County Detention Services, says that the agency has had correctional office vacancies in the double digits for years.

Currently, the staff shortage has dropped to only seven open positions. But that doesn't mean that the number of vacancies won't spike again with regular attrition of staff leaving work at the jail, Sparber argues. Additionally, filling the positions would help cut down on overtime costs.

"The real reality is, we're still going to be at low numbers that are turning out for our test, folks that want to be corrections officers," Sparber says. "The jail is a 24-hour operation. Those posts have to be staffed."

The pitch to lower the minimum hiring age for new correctional officers came from a group of county staffers who have been brainstorming ways to address chronic overcrowding at the Spokane County Jail and boost guard-to-inmate ratios that would permit inmates to be out of their cells for much of the day. Some of the ideas that have been churned out include building a temporary jail outside of Geiger Corrections Center to hold overflow inmates, along with other efforts aimed at attracting and retaining correctional officers, such as parking a food truck near the jail for guards working back-to-back shifts.

Another argument from Sparber and other officials is that the county can hire recent high school graduates who are interested in careers in law enforcement before they are scooped up by law enforcement agencies who have minimum age requirements of 21.

"There is a fair amount of transferring from our agency over to other law enforcement agencies, and you have to be 21 years old to apply for a law enforcement agency," Sparber says. "Essentially, it would give us two years of employment before they would be eligible to transfer out of there."

While the Spokane County Board of Commissioners has yet to make any final decisions on lowering the minimum age for hiring correctional officers, both commissioners Al French and Josh Kerns are generally supportive of the move. (Commissioner Mary Kuney did not respond to the Inlander's requests for comment.)

"This expands the pool of potential candidates and it's something that we ought to look at," French, chair of the Spokane County Board of Commissioners, tells the Inlander. "We get more and more folks who are retiring and we've got to be able to replace those folks."

But Smith and other critics argue that limited life experience and ongoing psychological development make teenagers less than suitable candidates to be corrections officers.

"Eighteen-year-olds put in the position of correctional officers will find themselves working in positions alone with adults who may be sophisticated in their ability to manipulate or may be undergoing medical crisis or may simply have difficulties expressing themselves," says Jeffry Finer, a local defense attorney. "I think this is putting a burden on an 18-year-old that very few 18-year-olds, in my opinion, can handle."

"When you have a shortage of staff, lowering the qualifications for the age group, I think it's a risk management fiasco. I don't think it's safe for guards or the inmates," he adds. "Someone is going to get hurt."

Eric Trupin, a psychologist and professor at the University of Washington who specializes in adolescent medicine, argues that lowering the minimum age for officers to 18 is a bad idea. He argues that research shows that young people's brains aren't fully developed until they're 25 and that they struggle to regulate their emotions.

"Their life experience doesn't necessarily allow them to assess when they're being manipulated," Trupin says. "Being a correctional officer, you're having to display a capacity to develop respect and you don't want to be using coercion all the time. My concern would be that you might be creating circumstances where their capacity to be effective would be undermined by their own personal development."

Sparber and other officials who support the change point to the fact that 18-year-olds can currently serve in the military as evidence that teenagers are qualified to guard inmates.

"We've got 18-year-olds that serve in the military, can be sent to war at a moment's notice, and people don't sit there and say they're not qualified to do that," Commissioner Kerns says.

Smith says that county officials should consider raising correctional officer pay and benefits before lowering hiring standards. Currently, wages for county corrections officers range from $22.75 to $30.70 per hour. He says Spokane County's pay and benefits are lagging behind those of comparable counties like Pierce and Snohomish.

"It's definitely something they should look into before they consider hiring 18-year-olds," he says.

When asked if he thinks current pay rates for correctional officers are adequate, Commissioner French says: "I've got nothing to tell me otherwise." ♦

The original print version of this article was headlined "Teenage Jailors"