The story of White Boy Rick, Spokane Rodeo thrills and more you need to know 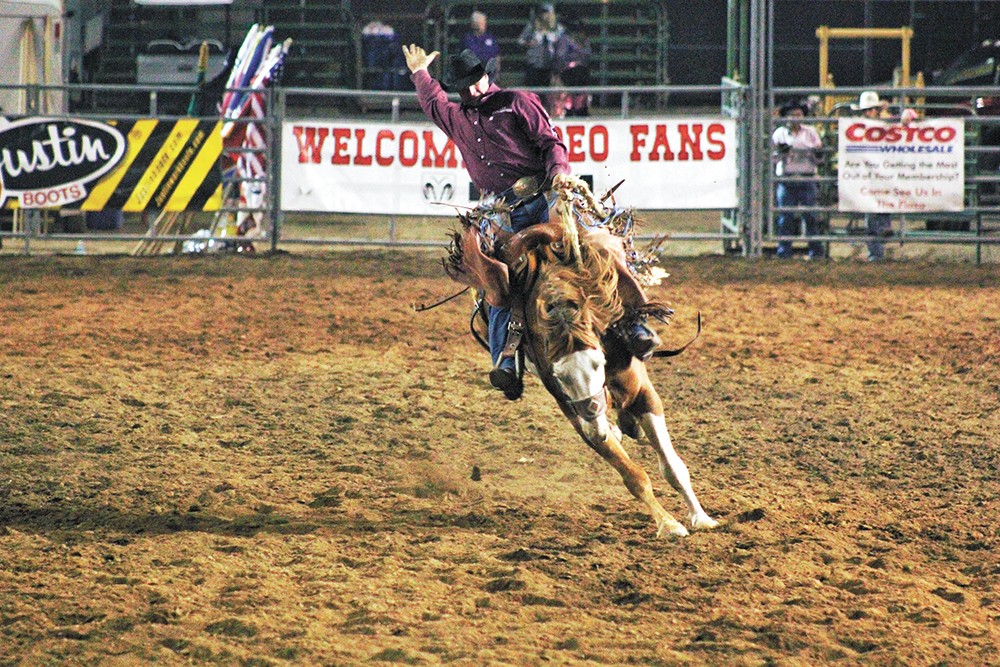 My only exposure to rodeos prior to this weekend was that Garth Brooks song, and after visiting the Spokane Interstate Fair Rodeo on Sept. 7, I can tell you that Brooks' "Rodeo" is pretty damn accurate. The one thing Brooks fails to mention, though, is the obnoxious rodeo clowns and the rough handling of animals. Aside from that, it was a pretty fun night. However, the highlight for me was the national anthem. I don't consider myself a very patriotic soul, but I'll admit I got a little choked up when Spokane Valley's Valerie Stichweh got up to sing. It wasn't her voice. In fact, I only heard her belt out a handful of lyrics before her microphone went out. It was awkward and cringey, but Spokane had her back. The audience picked up the slack, singing the rest of the anthem with her. Good save, you guys. (QUINN WELSCH)

Some noteworthy new music arrives online and in stores Sept. 14. To wit:

WE WERE PROMISED JETPACKS, The More I Sleep The Less I Dream. The alt-rockers swing by the Bartlett Oct. 2. (DAN NAILEN)

You've probably noticed the gold stars on the sidewalks surrounding the Fox Theater, each of them dedicated to people supportive of the Spokane Symphony, particularly financially — you can have your own, but it will cost you a cool $40,000. The symphony's departing music director, Eckart Preu, received a star on the eve of his final season's launch thanks to the fundraising efforts of more than 40 symphony lovers who wanted to thank him for his 15 years. "Obviously I didn't make it to the Hollywood Walk of Fame, but this is much more meaningful," Preu said at the ceremony. Pointing at the new star, he added "Even though I'm leaving the Spokane Symphony, I'll always be right there." (DAN NAILEN) At 14 years old, Rick Wershe Jr., a.k.a. "White Boy Rick," became the youngest FBI informant ever. At the height of the War on Drugs, the feds paid the born-and-raised Detroit kid for information on the city's biggest drug rings. When the dealers got suspicious, they unsuccessfully tried to have Wershe killed. The FBI abandoned him and Wershe started dealing on his own. Eventually, he would get arrested, and at 17 he was sentenced to life in prison under Michigan's draconian drug laws. That's only half of the legend of White Boy Rick, who, from prison, also helped bring down some of Detroit's high-ranking cops. His full story is featured on the podcast Shattered: White Boy Rick and in a movie starring Matthew McConaughey as his father, out this Friday. (MITCH RYALS) 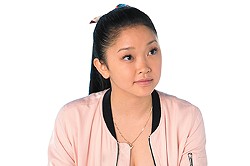 At the urging of my college-aged female roommates, I finally watched the much talked about Netflix rom-com To All the Boys I've Loved Before. Laura Jean, a 16-year-old Asian-American, writes letters to her past crushes to keep, but never send. You guessed it, the letters get sent and bring on the awkward encounters with boys who learn of her affections for them. The film already has a huge online fan base, with countless articles speculating whether or not two actors from the film are dating. I was wary of all the hype, but was pleasantly surprised by this viral hit. (MICHAELA MULLIGAN).