The state of nostalgia and "straight talk" after John McCain 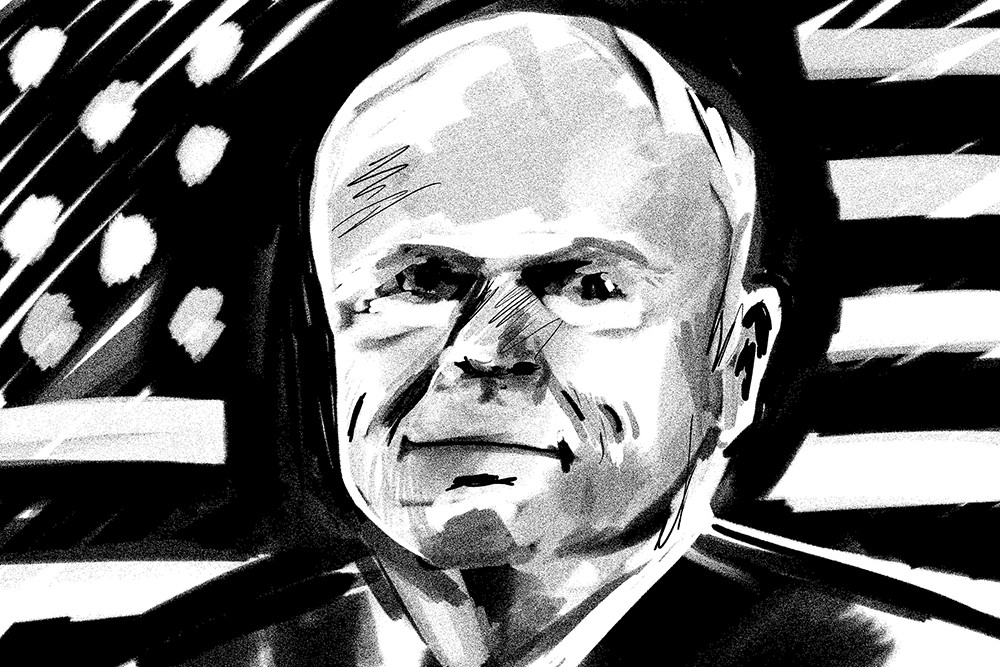 The Dumpsters have been dumped in Pullman. The bittersweet procession of parents, laden with microwaves, mini fridges and, most important, memories, are gone. There's a lot of nostalgia in the air as the school year starts, but nostalgia is the drunk uncle of history and more often than we'd like to admit, it's the more evocative of the two.

But nostalgia is hard to avoid. Standing in a freshman history class, I am existentially aware that these students were born in 2000, when I was sitting where they are now.

It was fitting that I should be in this wistful nostalgic state amid the weeklong public encomium to the late-Arizona Sen. John McCain. For those of us who did not live through the Vietnam War and its immediate aftermath, McCain didn't enter our consciousness until the context of the George W. Bush years. The 9/11 attacks, the War on Terror and Great Recession hollowed us out. Suddenly, seemingly, John McCain was all over the place.

With John McCain dead at 81, we sense a change of season. In the many panegyrics delivered during his postmortem travels in Arizona and Washington, D.C., speakers leveraged his passing as a referendum on the state of the nation.

Donald Trump, the ogre under the bridge who came to rule the kingdom, represents his own strain of doom-struck nostalgia, laced with racism, xenophobia and nationalism. McCain, in death, represents another more triumphal strain. As the senator's daughter Meghan McCain now famously said Sept. 1 in a eulogy at the National Cathedral, "The America of John McCain has no need to be made great again because America was always great." Neither vision is fair to the truth and there is peril in our traumatized flight to nostalgia.

For one thing, we risk forgetting how truly rotten the first decade of this century was — vivid evidence of which can be found in the steady, unearned rehabilitation of George W. Bush, who now smirks and shrugs on uncritical late-night shows.

John McCain came to us in 2008 with the promise to offer "straight talk" after eight years in which Bush's "compassionate conservatism" morphed into "shock and awe" and years of wanton bloodletting in Iraq and Afghanistan. We were teetering into moral, intellectual and financial bankruptcy. Instead he and his party gave us Sarah Palin.

To be fair, McCain came to rue his running mate. Nonetheless, when we lionize the late senator as a latter-day John Adams, a man of iron principle, we must square the fact that he considered her at least an acceptable campaign prop. The upshot is what some pundits have come to call "the Palin-ization of politics."

Would we have Heather Scott in Idaho, Matt Shea in Eastern Washington, Richard Spencer in Charlottesville, Donald Trump in the White House without Sarah Palin? Would we have Sarah Palin without John McCain?

That's a question for historians, better than nostalgists. If we're going to get out of the first quarter of this century with a semblance of intellectual or moral integrity, we will need the former more than the latter. ♦

The original print version of this article was headlined "Hollowed Halls"