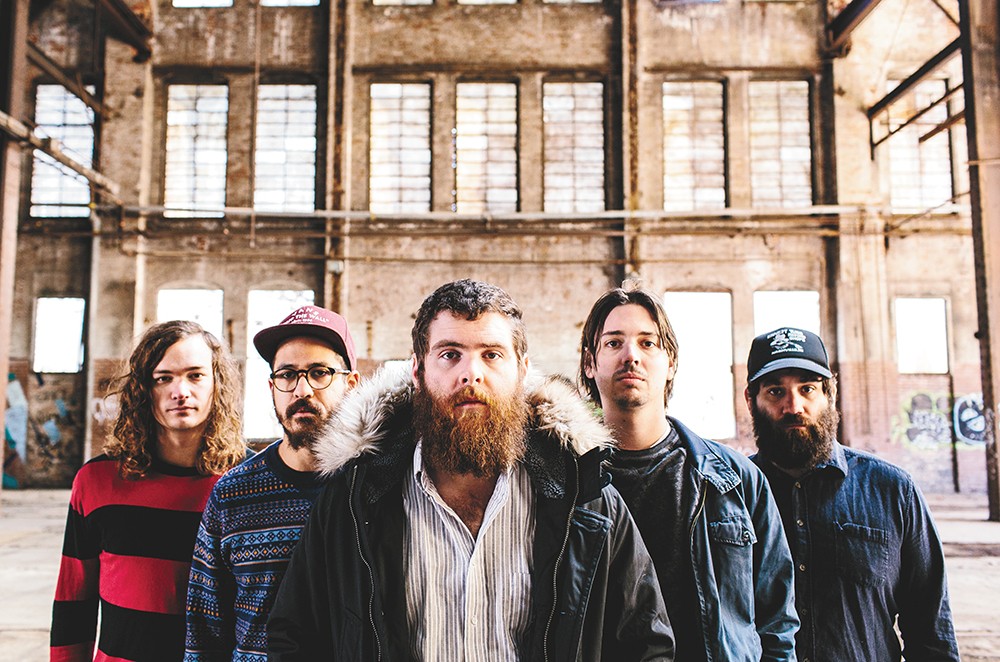 Sometimes in order to move forward, you need to revisit the past.

For alt-rock quintet Manchester Orchestra, that meant buying a house tucked between homes with big families and minivans in the suburbs of Alpharetta, Ga. — the same place a majority of the band had lived in early in its career.

After soundproofing the home studio and moving in gear accumulated over the years, the band was almost ready to record its fourth album independently.

The only thing missing was a strong sense of where to go musically. For a band with both straightforward indie-rock albums (2006's I'm Like a Virgin Losing a Child and 2009's Mean Everything to Nothing) and a string-heavy concept album (2011's Simple Math) under its belt, the sky really was the limit.

As keyboardist/backing vocalist Chris Freeman tells it, the band bounced from one genre to the next in the early stages of the recording process.

"There was a pretty general consensus between all of us that the rock genre is lacking right now, with electronic music becoming more popular and hip-hop and the folky-acoustic thing that's happening in alternative music," Freeman says. "We decided that we could do something different."

The band decided to create the record it felt was missing from rock 'n' roll — one that was brutal, in-your-face and, perhaps most important, loud.

That album, Cope, released April 1, is unrelentingly heavy from beginning to end. There are ever-so-slightly-softer moments bookended by lead single "Top Notch" and the album-closing title track, which features the thematic lyric, "And I hope if there is one thing I let go/It is the way that we cope," but for the most part, the five-piece doesn't stop to let listeners catch their breath.

For Freeman, Cope reflects the mid-to-late-20s period of adulthood when things like marriage and having a family seem more real. Now that he's on the other side of the recording process, he feels more prepared to take on this new chapter in life.

"We've definitely grown through that record, and that definitely begins to reflect in your personal life," he says. "I feel a little bit older, a little more grown-up because of that record."

Likewise, Cope represents Manchester Orchestra at a new stage in its career. Having begun this journey independently, the band has since signed with Loma Vista Recordings. This is also its first record with bassist Andy Prince.

After a period full of transitions, Manchester Orchestra is ready for whatever comes next. And it's going to be as loud as it wants. ♦