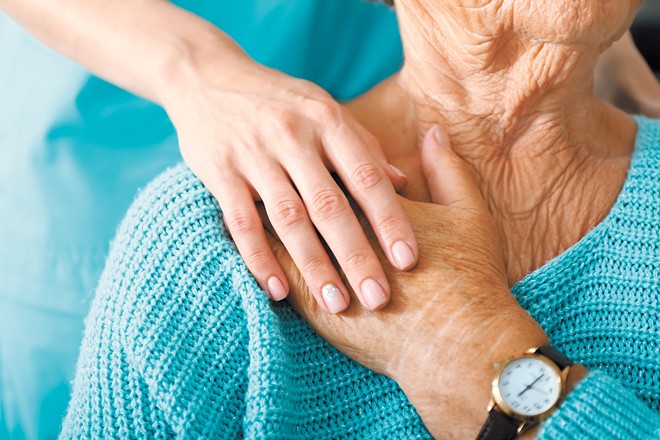 A new long-term care program in Washington aims to make it easier to age at home without breaking the bank.

The WA Cares fund was created by the Legislature in 2019 as a safety net for the seven in 10 people who will ultimately need professional or personal care at some point in their lives.

The only opportunity to opt out of the program is fast approaching, raising questions for workers who may be deciding whether getting a private policy is better or worse. Here, we lay out answers to some of the common questions.

WHY IS THE PROGRAM NEEDED?

Part of the motivation for creating the worker-funded program is the fact that private long-term care insurance policies can be too expensive for retirees to keep paying premiums on until they need to use them.


What's more, some companies offering those policies have failed in recent years, partly because of high usage by customers, explains Ben Veghte, director of WA Cares, which is housed in the Department of Social and Health Services.

With WA Cares, the intention is to provide a benefit like social security or Medicare, which you pay into while you work, so you can receive moderate assistance when you're older, he says.

"Half of households have no retirement savings whatsoever, so people end up having to spend down whatever they do have and then go on Medicaid and then to a nursing home. I doubt that's your vision of how you want to age," Veghte says. (Medicare doesn't pay for long-term care, but Medicaid, the health insurance program for low-income people, may). "The goal of this program is really to allow people to stay in their homes as they age."

HOW MUCH DOES IT COST?

Unlike private long-term care insurance, you only pay into Washington's fund while working, rather than paying every month or year until you need to use it.

HOW MUCH WILL IT PAY OUT?

Starting in 2025, the first eligible people could start drawing their benefit from the program, which can be used for care if you need help with three aspects of daily life, such as cooking, bathing and getting around. You do not have to be elderly.


The lifetime benefit is slated to start at $36,500. Originally the benefit was defined as a maximum of $100 per day up to that amount, but now there is no daily limit, just the overall cap.

Though it is not set in the law that created the fund, it is expected that the benefit will be increased each year for inflation. An actuarial report solicited by the state to make sure the fund will remain solvent assumed that the benefit would increase by 2.5 percent each year.

Currently, the program is expected to cover one year of in-home care, or it can be used for nursing home care (which is more expensive) or other long-term care needs.

To fully vest in the program, you need to pay in for 10 years at any point in your life, without a break of employment (and payments) of five or more years within that 10-year period.


Or, by the time you apply for benefits, you need to have paid into the program for three of the last six years before your application, and must have worked at least 500 hours each of those three years. So, unless they go back to work, current retirees won't qualify.

There are still questions about whether the program should be extended so people could draw on it if they don't still live in the state. Currently, the program is only going to be accessible to those who live in Washington. Workers who commute from Idaho, for example, will be paying in but won't be allowed to draw on the program, unless "they decide to retire in the beautiful state of Washington," Veghte says.

But, every state will soon be facing a similar crisis of an aging population that will rely more on Medicaid, he says. As this program is expected to save Washington state taxpayers more than $1.9 billion in the first 30 years in reduced Medicaid expenditures for those in need, it may soon appeal to other states to start their own programs.

CAN YOU OPT OUT?

The deadline to opt out is soon. In order to be eligible for an exemption you need to have a qualifying long-term care policy with a private insurance company by Nov. 1, 2021.

However, it may be difficult or impossible to secure a private policy before Nov. 1 if you haven't already started the process. Insurers are wary of Washingtonians who want to apply and then quickly cancel their plans once they get an exemption, according to the American Association for Long-Term Care Insurance.

Some insurers such as Mutual of Omaha won't consider applicants who haven't been to a doctor in the last two years, and National Guardian Life was requiring people to choose a plan that would pay at least $100 per day and increase with inflation (which raises the annual premiums), the association reports.

"The new insurer rules have changed what we share with consumers," Slome says in the post from late May. "I would say that $125,000 to $150,000 in annual income is the minimum threshold where considering private long-term care insurance makes sense."

But as of Aug. 19, the association reported that the companies they know of have either stopped taking applications from Washingtonians, can't ensure a policy would be issued by Nov. 1, or the plans being offered are very expensive. The association doesn't sell insurance but sometimes forwards requests for quotes to agents, though it's stopped doing that for Washington agents who are overwhelmed with applications.

"I would say that $125,000 to $150,000 in annual income is the minimum threshold where considering private long-term care insurance makes sense."

WILL THE PLAN WORK?

Ideally, Veghte says, voters would have allowed the fund to be invested in equities. But a ballot measure asking for permission to invest the fund in riskier things than allowed under the state constitution failed at the November 2020 ballot. For now, the fund can only be invested in fixed-income securities like government bonds.

Voters have allowed similar trust funds, like state pensions, to be invested in more diverse portfolios, and Veghte says he thinks the question will likely be put before voters again at some point. ♦